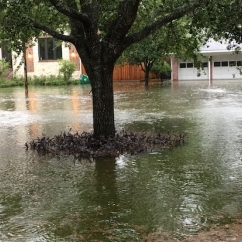 Merrick, NY--With all eyes on the horrendous devastation in Houston, The Centurion Newsletter reached out to jeweler friends we were able to contact. At press time, we had either connected with or seen social media posts from three jewelers in the storm's direct path: Bobby Wizig of Robert's Fine Jewelry and Zadok Jewelers in Houston, and Brian Alter of Alter's Gem Jewelry in Beaumont, TX. The image at left was Wizig's home street on Sunday.

Wizig's store, in an office building, never had any issues, he said. He and his wife Mira also had no water in the house, but he did at one point have about five inches in the garage, he said. By Tuesday he said his street and yard had drained, and on Wednesday he said, "We are very lucky and fortunate compared to our neighbors and friends. They have a long road ahead."

The image below, from the Jewish Herald Voice, shows Brian Alter's cousins in Meyerland, TX, awaiting rescue in their garage. Alter--who was vacationing in Montana with his wife, Lori, when the storm hit--said via social media Tuesday morning they were anxiously awaiting developments over Tuesday night as Harvey made landfall again to the east of Houston, putting Beaumont in its direct path. At press time Wednesday afternoon, Alter reported "manageable house issues" but said the store seemed ok from what he could see on camera.

"We are lucky compared to many," he said on Facebook. 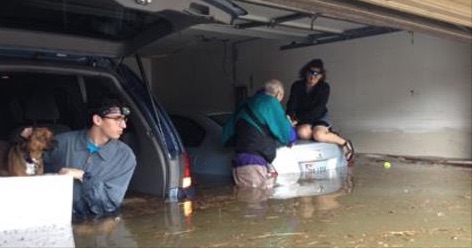 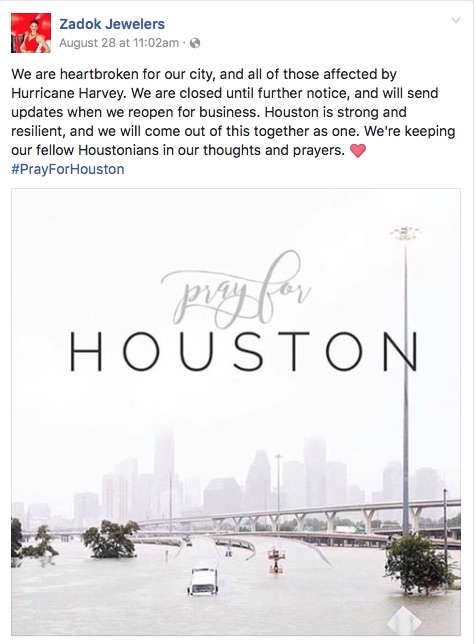 The thoughts and prayers of the entire Centurion team are with all our friends who were impacted by the storm.