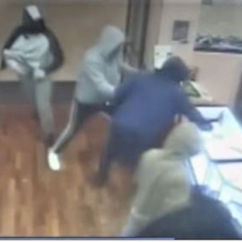 New York, NY--JSA is seeing a marked increase in robberies of jewelry stores, including a dozen smash and grab robberies in California. If you have any information on the cases or suspects below, or if you have a crime or even a suspicious incident at your store, please contact JSA at 212-687-0328 or jsa2@jewelerssecurity.org. In this dangerous time, JSA is reprinting below its recommendations regarding smash and grab robberies.

Carmel by the Sea, CA; December 7, 2021
Three people got out of a car with sledgehammers and entered a retail jewelry store. They smashed showcases and took merchandise, but when they saw a security guard they fled. The California Highway Patrol was later able stop the car, and two suspects were detained, while the other two were not located.

Rancho Dominguez, CA; December 2, 2021
At 11:30 a.m. several suspects were shopping in a jewelry mall and faked a fight to distract the security guards. They smashed showcases and took jewelry items, and two employees were shoved to the ground.

The robbers had multiple cars waiting with engines running. Police were able to take two suspects into custody and are looking for five more.

Chino Hills, CA; November 27, 2021
At 3:23 p.m. four suspects sprayed a chemical substance at an employee and demanded the employee go to the back of the store. The suspects used tools to smashed several showcases and fled in a waiting vehicle.

RECOMMENDATIONS REGARDING SMASH AND GRAB ROBBERIES:
1. Do not resist in a smash and grab robbery. In addition to sledgehammers and other dangerous tools, the suspect(s) may be armed with guns.

Previous article:
Armed Jewelry Store Robbers Back Husband and Wife Into A Corner

Next article:
The 3 Secret Benefits of Co-op Marketing Programs