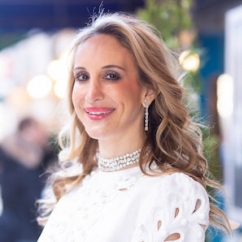 New York, NY—In response to the ongoing pandemic that is limiting capacity at in-person events, Jewelers of America (JA) has moved the 19th Annual GEM Awards to July 2021. The GEM Awards is the jewelry industry’s premier accolade gala, honoring he achievements of individuals and companies whose work raises the visibility of fine jewelry and watches.

“I am honored and excited to lead the GEM Awards Committee during these unprecedented times. The GEM Awards Committee felt it was important to move GEM Awards to later in 2021 to properly celebrate the incredible talent in the jewelry industry. Our industry deserves to celebrate together, and we plan to deliver an event that is in keeping with the high standards that you have come to expect from GEM Awards,” says Udell Alper.

The event will open a week filled with industry events in New York City, including JA’s National Convention, slated for July 18-19, 2021. The Women’s Jewelry Association’s traditional Awards For Excellence and the American Gem Society’s Annual Triple Zero Award gala also are typically held at that time.

“It is our hope that by moving GEM Awards to July, we will be able to kick off a week of long-awaited reunions and celebrations in New York. We plan to host GEM Awards in person, proving it is safe to do so,” says Amanda Gizzi, JA’s director of PR and events. “We look forward to bringing some red-carpet glamour back to our industry next summer.”