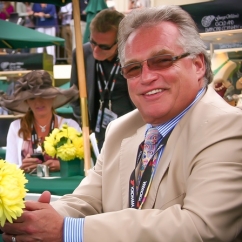 Anchorage, AK--The Centurion is sorry to bring you the sad news that George Walton of George Walton's Gold and Diamond, a 44-year-old store here, passed away last week. He was 71. He was a longtime friend and supporter of many in the industry including the Centurion Jewelry Show and will be missed.

We will reporty more on George Walton's passing as details become available.

Below are excepts from a 2013 article in The Centurion to provide background on his life and work. Click the link in the article title to read the full story.

Anchorage, AK—George Walton of George Walton's Gold and Diamond Company, started in jewelry early. "I knew what I wanted to do," said Walton. "No issues about that. I love the business. It's a great business to be in." Initially he was in jewelry on the East Coast. Then in 1969 he moved to the West Coast (California). Then he went to Anchorage in 1975 and soon after decided to relocate there. 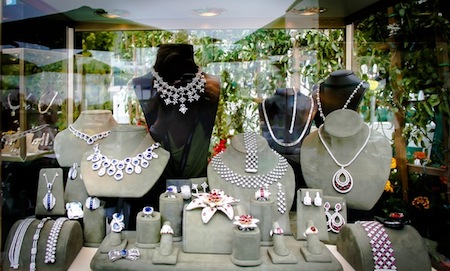 Why was Anchorage so appealing? Part of the answer was simple. "Every major city has an airport," says Walton. So with that vital criteria filled he looked at the next: money/taxes. In Alaska, the tax situation is very tempting. "We don' t have taxes like you do. No state tax or local tax or sales tax. Also, I looked at the marketplace.  The difference in our markets is that our structure has more disposable income." So Walton moved to Alaska and 38 year later is still there.

George Walton's Gold and Diamond Company specializes in the high end of the market. "We can't do everything," he says. "We stay in just the finer merchandise. We use extremely good vendors and we're very pleased with the mix of goods. We have a good mix and you don't change a good formula." Walton's brands include A Link, Bayco, Gumuchian Fils, Hikari, Judith Conway, JB Star, Julius Klein, Louis Newman, Martin Flyer, Mark Patterson, Memoire, Norman Covan, Picchiotti, and Spark Creations.

Despite Walton's emphasis on the high end, he's still a local jeweler. "We're well established here after being around for so long. We find we are better at second marriages rather than starter ones. We're better at anniversaries and occasions. We're now in our second and third generations of clients."

"We're an oil based economy. We have a great clientele, mostly professionals, doctors, lawyers, oil people, etc." Along with the locals, Walton has clients all over the country, thanks in part to that nearby airport. "Being in Alaska, we see lot of oil company executives. The companies then take that top echelon of executives and move them around and they stay our customers. We go right with them -- or to them."