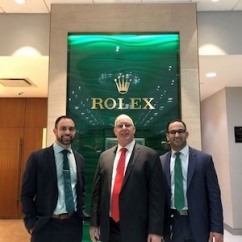 Staten Island, NY—Gerald Peters was one of 15 family-owned businesses in the New York City area to receive a Crain’s Family Business Award 2018, sponsored by Crain’s New York Business magazine. Left: Gerald Amerosi is flanked by his two sons, Peter (on the left) and Gerald Jr. (on the right). 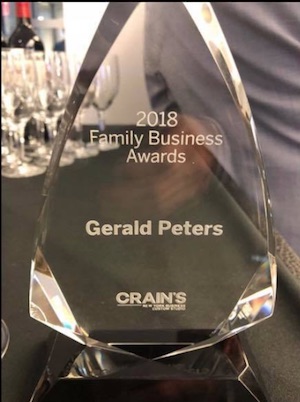 The jewelry store was founded in 1982 by Gerald Amerosi Sr., initially as a showcase for children’s charms. It was called Goldmine and the original location was not in Staten Island, but rather across the bay in Brooklyn, in Caesar’s Bay Bazaar. Within 10 years, the business had expanded to a freestanding location, still in Brooklyn on 18th Avenue, and Amerosi renamed it Gerald Peters, in honor of his two sons, Gerald Jr. and Peter, both of whom are now working in the business.

In 1996, Amerosi relocated the business to his native Staten Island, in the borough’s famed Staten Island Mall, where it has been ever since. 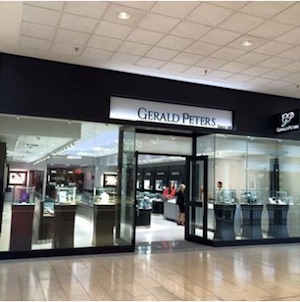 In the 20 years since its move, Gerald Peters has become known for having the largest selection of bridal jewelry in Staten Island. Gradually, Amerosi began adding luxury brands, culminating last year in his proudest accomplishment: becoming an official Rolex dealer after 20 years of conversations with the brand. It was a perfect addition to his now much-larger store, which tripled its square footage in the mall in 2015.

Interior view of Gerald Peters. Becoming a Rolex dealer was a proud accomplisment for the jeweler.

In addition to Peters’ two sons, the business can swell to as many as 65-70 employees at peak holiday time. In addition to the Gerald Peters flagship store, Amerosi also owns two Pandora boutiques, one in the Staten Island Mall and the other in Tom’s River, NJ. 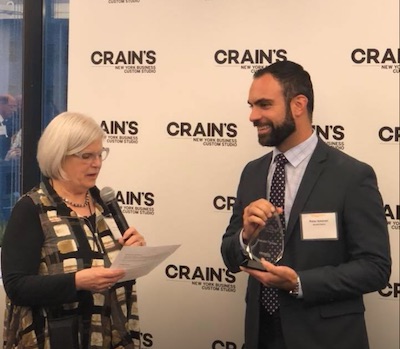