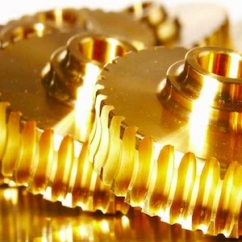 London, UK—Physical gold demand in the second quarter of 2020 fell to its lowest levels since the first quarter of 2009. Although all sectors of the gold market posted double-digit declines, jewelry was impacted the worst, says the latest research from Refinitiv, a global provider of financial market data.

Jewelry fabrication, which typically accounts for around 55% of total physical demand, contracted by 53% in the second quarter, to a total of 240 tons globally, the lowest quarterly level seen over the past two decades. Demand was paralyzed due to the coronavirus outbreak and lockdowns, coupled with soaring prices for the metal.

Gold hit an eight-year high of $1,772 an ounce by the end of June, driven by escalating fears over the global economic downturn caused by the pandemic and massive stimulus measures introduced by central banks trying to lessen the impact. The average price for the second quarter was $1,711, up 8% from Q1 and up 31% year-on-year for Q2.

Demand for gold used in industrial applications fell 16%, with losses across all the major segments. Official sector (i.e. government or central bank) purchases dropped by 42% from April to June period, largely caused by an absence of purchases by Russia and China.

Retail investment demand (bars and coins), retreated approximately 2% in the second quarter. Physical bar investment was the only sector that held its own. Demand was down slightly—less than 1%—as drops in Asia (-58%) were offset by a stellar demand in Europe and, to a lesser extent, North America. The drop in Asian gold bar demand was predominantly in India, while demand fell only 2% in China. The rise in demand in both Europe and North America was driven by worries about both the economic impact of COVID-19 and potential disruptions in the supply of physical gold due to limited refinery operations or logistics.

Mine production fell 12% in the second quarter, after a strong first quarter. But Refinitiv’s analysts were surprised by a 7% year-on-year drop in scrap supply in the quarter, given gold’s strong price performance. The drop was driven by reduced flows in Asia, Europe and North America, which together account for nearly 90% of global scrap supply. Scrap collecting agencies and refineries in many markets shut down for a few weeks, and continue to operate at reduced capacities after re-opening.

Cameron Alexander, Refinitiv director of precious metals research, commented, “Looking ahead, the overall macroeconomic backdrop remains very supportive for gold. We believe that gold will continue its uptrend, driven by growing concerns over the global economic recession, fears of a second wave of COVID-19, heightened geopolitical tensions, historically low and negative interest rates as well as rising inflationary expectation amidst unprecedented levels of stimulus measures launched by central banks around the globe.

“Having said that, gold remains vulnerable to liquidation in the short term as a move closer to its previous record high level or beyond that may well trigger a wave of profit taking. Furthermore, should the global economic downturn turn out to be less pronounced or should we see early signs of a faster recovery, gold may come under renewed pressure. We forecast gold to average $1,715/oz in 2020, with a possibility to touch fresh highs later in the year.”

Next article:
Conference Board: Consumer Confidence Decreased in July