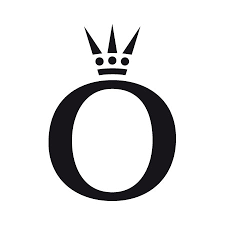 Oceanside, CA—The announcement by Pandora, the Danish-based producer of inexpensive jewelry, that it will switch to using lab-grown diamonds in its lines is hardly surprising, but its rationale was disingenuous at best and destructive at worst.

Pandora bills itself as the world’s largest jewelry brand with sales over US$3 billion last year realized in 100 countries. It very successfully tapped a deep, previously under-served market for very affordable yet very stylish adornments. And its products are affordable to nearly everyone.

With its low price and stylish appeal, it makes perfect sense that the company should adopt lab-grown diamonds. At the wholesale level, lab-growns sell for 25-35% of comparable natural diamonds but at retail, they are still about two-thirds the cost of naturals, with all that profit in between going back to Pandora. Not just perfect sense: no-brainer. However, with an average price point of $35.50 how many diamond pieces will Pandora sell to save the planet?

Pandora’s commitment to sustainable and ethical practices is laudatory but disparaging natural diamond (and its own former product) in the process makes it sound like a competitive thing instead of the right thing to do. Indeed, Its CEO Alexander Lacik told the BBC that the switch was “the right thing to do” and that it contributed to leaving the world “a better place.”  The company announcement was accompanied by charges that diamonds were produced and cut under “slave working conditions” and responsible for human rights abuses.

Pandora was somewhat vague on whether or not it signed on to such charges but following the “greener, more moral than thou” lead of some lab-grown producers is, inevitably, leading to a destructive war of words.

Natural diamond producers fired back, rightly noting that producing diamonds in a lab leaves a mighty carbon footprint. There is a major study in progress to determine whether mining or manufacturing diamonds has the larger carbon footprint, but regardless of the finding, it is hardly a zero-sum trade-off. (And as JCK’s Rob Bates pointed out, recycled diamonds leave no carbon foot print and there are lots of them around in the tiny sizes that Pandora uses. In addition, the company DOES make a point of saying it uses only recycled gold and silver.)

It is true that human rights abuses have been connected to diamond mining—Zimbabwe 15 years ago was the latest situation— but the mainstream diamond industry has adopted procedures to both exclude diamonds that may be mined under abusive circumstances and to track, mine to market, those produced sustainably and equitably. Pandora’s own website says so.

It’s also true that creating diamonds in a lab does not lend itself to such abuses (for now) but neither do they provide for the prosperity natural diamonds has brought to communities like Gujarat state in India, where 90% of all natural diamonds are processed which used to be one of the world’s most famine-prone areas until the industry generated hundreds of thousands of jobs there. In addition, the success story of Botswana, whose economy depends on diamond mining, has been well-documented. The country’s total GDP went from just about the lowest-ranked in the world in the 1960s (about 188 out of about 190, slightly above Haiti) to a 2020 GDP per capita ranking solidly between 78 and 80, depending on which source (IMF, World Bank, UN) did the scoring. That’s above Thailand in all three rankings and above Brazil in the IMF score.

In the end, a war of words between lab-grown manufacturers and diamond miners will only turn consumers off to both products. Who wants to get in the middle of mud-slinging? We get more than our fill of this in the daily news.

Next, there’s the disingenuous part. Yes, Pandora may be the world’s largest jewelry brand and one pledged to ethical operations and sustainable sourcing. But how much of their product line contains diamonds? At an average price of $35, it cannot be a more than what scientists call a “trace amount” so I checked the company’s website. As expected, the vast majority of its jewelry costs less than $100 and only one cost more than $475. In checking every item costing more than $100, how many contained diamonds? One.

Yes. One. Pretty stuff. Lots of CZ. One diamond.

Now, since the company chose to make this announcement regarding diamonds, we can assume it does use the stones in pieces available in other markets than the United States, but it has to be a minuscule part of their business, not really worthy of such a momentous announcement.

Ah, but the free publicity was great. Can’t blame the company for that. It would have been much better, though, to say that it was a move to bring their customers better value for the same look and (essentially) the same stones. Did we have to ratchet up the growing conflict between lab-grown manufacturers and diamond miners?

Russell Shor is a diamond, gemstone, and jewelry analyst and consultant with 40+ years of experience in analysis and reporting from major gemstone and diamond production areas around the world, and consulting on international business strategies from production to consumer markets. He has been interviewed by The New York Times, CNN, The Wall Street Journal, Financial Times of London, Bloomberg, Canadian Broadcasting Corp., National Public Radio, New Yorker magazine and numerous other international press organizations, and appeared on the History Channel.