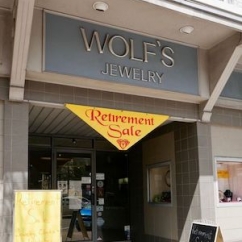 Lewisburg, PA—Wolf’s Jewelry, a longtime icon of downtown Lewisburg, PA and the last of the original five independent jewelers in the town, will be closing its doors this summer (image) after 76 years in business.

Wolf’s was founded in 1945, according to its current owner, Karen Baker, who announced her retirement in this article in the Daily Item. Baker has worked at the store for 42 years and owned it for the last decade.

Why Baker was drawn into the jewelry business initially, she doesn’t recall, but customer service kept her in the business.

“To me, I wanted to make people be happy, have them be happy with something they purchased. To know it was from Wolf’s, it was something they can keep,” Baker said.

Long ago, class rings used to be a staple for the jeweler, Baker told the paper. From that experience, customers came back for their engagement and wedding rings and future jewelry purchases. She even recalled several proposals in the store, one of which she was instrumental in fostering. The groom had picked out a ring, and she had it put aside. He came back with his bride-to-be, and while they were “shopping,” she pulled it out as a suggestion. The bride loved it and the groom proposed with it on the spot.

Baker would consider selling the store, she told the paper, but she’s not pushing it. She’s running a retirement sale with the intent to close by July, after which she and her husband, David, will spend more time with their sons and one grandson. 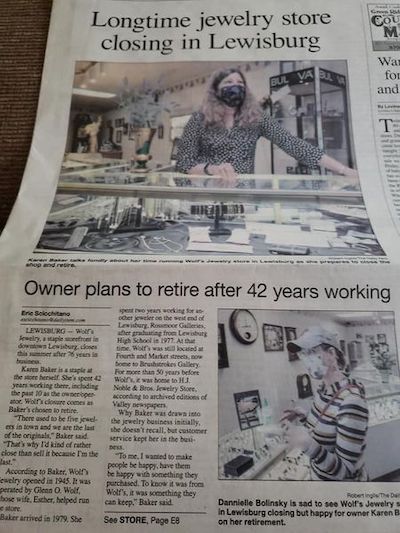 Karen Baker was celebrated in the local newspaper.

Separately, McKinley Jewelry in De Soto, MO, closed its doors May 11 after 45 years in business. Owner Carol Brewer, who turned 80 on that day, decided it’s time to retire.

“It’s just time,” Brewer told the Jefferson County Leader. “Father Time and Mother Nature are taking their toll, and I want to get out and do some things while I’m still able to get around.”

Brewer and her first husband, Vern “Jack” McKinley started the business selling jewelry out of an inexpensive suitcase. Over the years, the couple took courses in gemology, diamonds, watch and jewelry repair. They opened a physical store and moved to several different locations over the years.

“I have some very nice things,” she said in the article. “I know diamonds. I know what a good one is and I know what a bad one looks like. I want to sell you something that, 50 years from now, you can pass down to a grandkid and be proud of it.”

Brewer continued to run the business after McKinley died and she remarried. Widowed again in 2019, she’s ready to move closer to her children. Her plans are to sell the building that houses the store, but she’s not sure about the inventory. She owns it outright and might sell it off—or she might just hang onto it.

“It doesn’t take up much room,” she told the Leader. 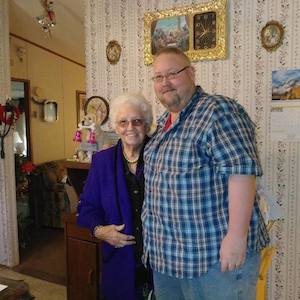 Carol Brewer chose her 80th birthday, May 11, to retire and close her store.

Previous article:
Guest Editorial: Pandora’s Bucks & Lab Grown Diamonds, And What Was So Bad About Its Recent Announcement