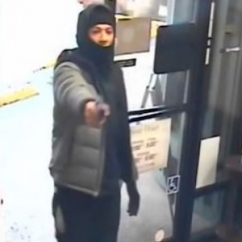 Renton, WA—Two gunmen are at large after taking over a Washington State jewelry store at gunpoint and robbing it.

The two suspects entered a Jewelry Exchange store in Renton, a suburb of Seattle, just after 10:00 a.m. on January 14, and yelled “Everyone get down!” One suspect was reported holding a black gun, and the other started smashing several showcases and taking the jewelry that was inside.

Both suspects are described as Black men. One is approximately as 6’2” to 6’ 3” with a thin build (top image) and was wearing a black hooded sweatshirt and a gray and black jacket at the time of the robbery. The other suspect (below) is approximately 6’ to 6’ 3” and was wearing a black jacket, gray sweatshirt and sweatpants, and black Nike sneakers. 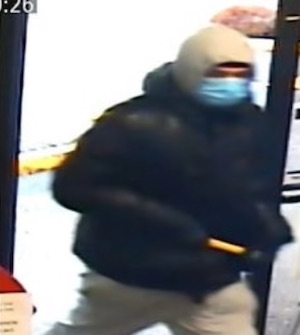 Anyone with information is asked to Detective Montemayor of the Renton Police Department at pmontemayor@rentonwa.gov, referencing case number #22-488, or contact the Jewelers Security Alliance, (212) 687-0328 or jsa2@jewelerssecurity.org.