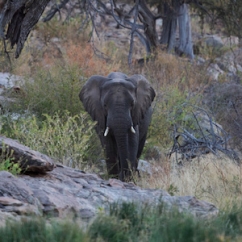 Botswana—Hundreds of elephants have died this year in Botswana, which in addition to its rich wildlife, is a major diamond-producing nation. While this hasn't made major news in the United States--yet--consumers who are particularly focused on environmental causes may have seen the reports and may ask if (or how) the diamond industry is at all connected.

The animals’ deaths have been largely a mystery. But government officials in Botswana now have found the cause of death to be ingesting toxins produced by cyanobacteria, which grow in algal blooms in watering holes that elephants frequent. Climate change is blamed for the growth of the toxic algae.

An article in The Guardian says toxins were initially ruled out as the cause of the elephant deaths because no other animal species died (except for one horse). But scientists now think elephants are particularly susceptible to it because of the amount of time they spend bathing in and drinking the water.

“Climate change is increasing both the intensity and severity of harmful algal blooms, making this issue more likely to reoccur. [Dr. Niall] McCann confirmed he was working with officials to set up regional early warning systems,” says the Guardian article.

Although human activity in general is a main cause of climate change, diamond mining was not singled out as a cause in the article. In fact, De Beers, the predominant diamond miner in southern Africa, is particularly focused on elephant conservation.

“Our vision is to operate carbon neutral mines, and to deliver a positive impact on biodiversity overall,” says De Beers’ website. For every hectare of land affected by mining operations, the company has set aside six hectares of land for wildlife conservation. At present, De Beers is actively managing 200,000 hectares across southern Africa for conservation, with programs to protect the species in the reserves.

Elephants are an endangered species. But in the Venetia Limpopo Nature Reserve, near De Beers’ Venetia Mine, the problem is the exact opposite: too many elephants are overwhelming the available resources of the area. As a result, De Beers undertook a major effort to relocate 200 elephants to Mozambique, about 1000 miles away, where there is room for them to survive and thrive.

Click here to read about the journey to save 200 elephants or watch a video here. Top image: De Beers 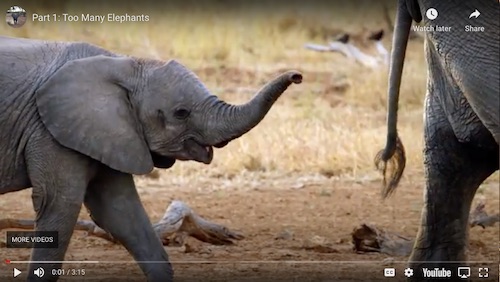 Speaking personally, having visited the Venetia mine and the Limpopo Nature Reserve, as well as the Jwaneng mine in Botswana's Okovango Delta, I saw firsthand that De Beers takes its conservation efforts very seriously and isn't just giving lip service to it. All the major diamond mining companies are actively and consistently engaged in both social and environmental beneficiation in their respective countries. For information about how to talk to consumers and an overview of some of these programs, visit DiamondsDoGood.com and Naturaldiamonds.com.

Next article:
Is The Watch Industry Ready For Blockchain?