Merrick, NY—As predicted, consumers are feeling flush and the 2018 holiday season is shaping up strong for luxury jewelers. Well more than one third (37.5%) of respondents to The Centurion 2018 Holiday Sales Success Index survey said sales for the third full week of the season (December 10 through 16) are ahead of last year by 10% or more. In total, 62.5% of respondents are at least somewhat ahead of last year’s figures for the same week date pattern period.

In the broader retail picture, the U.S. Census Bureau reports total retail sales are up 5.3% year-to-date for 2018. This figure includes all forms of retail, including dining out, but is a good reflection of consumers’ confidence in their personal balance sheets, which translates into ability and willingness to spend.

How Was Your Business For The Third Full Week Of The Season (December 10-16)? 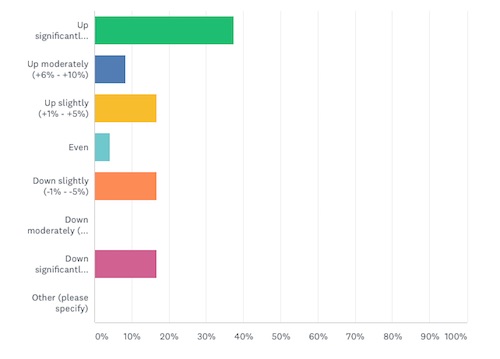 Still, there are some pockets where things aren’t going as well. One third of respondents (33.4%) to The Centurion's survey said sales are off from last year, and 4% reported sales are even with last year but not ahead. Among those stores that were down, about half are located in areas that have experienced major weather disruptions or other disasters that could severely impact their clientele.

What Are Your Best-Selling Price Points This Holiday Season? 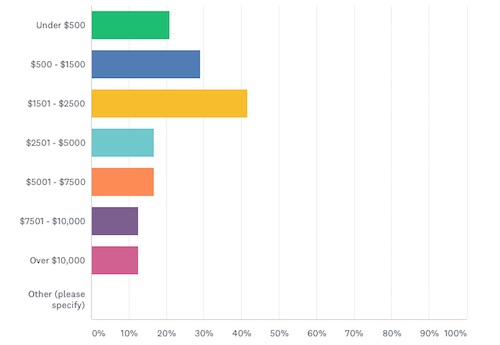 Respondents also are seeing some nice blockbuster sales. 88% of respondents have reported high five digit sales, and two said their best sales so far this season topped six digits: one was a ruby and diamond ring for $154,000, and another sold a seven-carat diamond engagement ring for more than $300,000. Not surprisingly, most big sales were diamond, though some cited Rolex watches and one respondent’s best sale so far was a custom piece featuring an unheated 13.65-carat color-change Tanzanite/zoisite set in platinum.

Are ads for one jeweler good for all? If nothing else, there’s definitely a higher level of awareness of the category this year: A YouGov Plan & Track survey found that Kay Jewelers had the highest jump in ad awareness in the month of November. From the beginning to the end of the month, awareness of Kay Jewelers doubled, says YouGov, and further findings from its study show those who purchased jewelry in 2017 tend to be more family oriented and traditional than other consumers. 95% agreed with the statement “Spending time with my family is important to me” compared to 88% of the general public, says YouGov’s findings.

More good news for jewelers: Only 16% of jewelry gift buyers YouGov surveyed agreed with the statement “Marriage is an outdated institution,” compared to 22% of the general public.

Editor's note: Due to the Tuesday timing of Christmas Day this year, the final holiday sales survey will be launched on Monday, December 31, and reported in the January 3 edition, so that we can include figures from Christmas Eve in the season's totals.