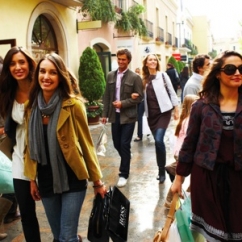 Merrick, NY—If early results are any indication, this should be a very merry holiday for retailers, including high-end jewelers.

An article in Forbes on Monday showed both online and in-store sales tracking (for general retail) very strong over Black Friday weekend, and the 2018 season on track to post the strongest growth since 2011. Market research firm eMarketer told Forbes it’s anticipating a 6% year-on-year growth, while Mastercard was projecting a 9% year-on-year increase in Black Friday sales alone, to a total of $23 billion, and a total season sales increase of 5%.

Small Business Saturday was quite successful as well, especially online. American Express, which launched the day in 2010, said the online spend increased 24.3% year-on-year for small businesses, while Shopify says its 600,000 small- to medium-sized businesses tallied up $573 million in sales on Black Friday.

But jewelers—ironically the quintessential small business merchant—seemingly aren’t sharing in those gains: The Centurion’s annual Holiday Sales Success Index spot-check survey of better jewelers reveals that while the season started off strong, most jewelers feel Small Business Saturday has nothing to do with it.

41% of respondents to The Centurion’s Holiday Sales Success Index said their total Black Friday weekend business was up 10% or more over 2017 figures for the same period.  Another 41% said it was about even with last year, and 9% saw incremental gains between 1% and 5%. Only 9% said sales this year were lower than last year.

How Were Total Sales For Black Friday Weekend Compared To 2017? 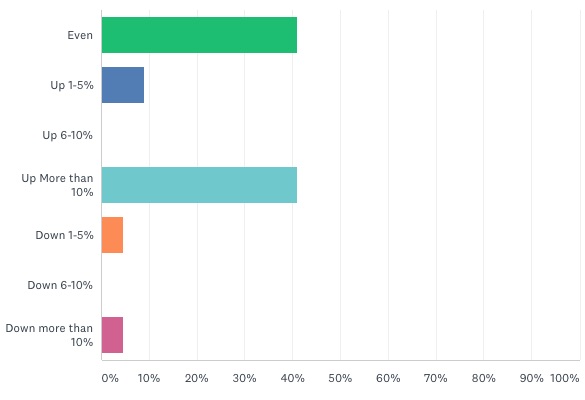 A small group of jewelers—10% of respondents—credited Small Business Saturday with boosting business to some degree, while 9% of respondents said it shifts business for the season without increasing it. But 81% said it has no impact at all on their results.

For total fall business to date, responses to The Centurion survey also showed generally favorable results: about 54% of respondents are ahead of last year, with 32% being ahead more than 10%. Another 32% reported total fall sales down from last year, and 14% say total fall sales even with last year. Those that were up attribute gains to affluent consumers spending more and positive feelings about the economy; those that were down cited external forces such as bad weather in their area or the stock market correction and a contentious election season both having consumers feeling cautious.

How Has Your Total Fall Business Been To Date, Compared To 2017? 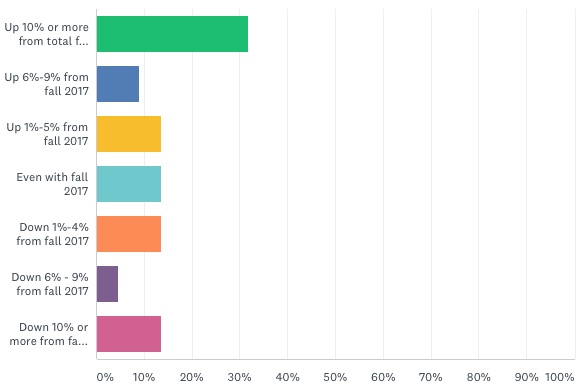 In the broader retail picture, some key winners and losers for Black Friday included general online sales—an increase of 23.6% year-on-year and a total of $6.22 billion spent online on Black Friday, according to figures from Adobe Analytics and reported in Retail Dive. Retail Dive also picked three big Black Friday winners and losers: Amazon, Kohl’s, and Old Navy were winners (noting that Kohl’s also has a new partnership with Amazon); while J. Crew, Lowe’s, and Sears were the big, um, turkeys. Both J. Crew and Lowe’s had technical issues with their sites, frustrating customers, and Sears, in big trouble altogether, can’t shake that sinking feeling.

REI and the New York Public Library both got kudos for their outlier messages: outdoor outfitter REI’s four-year-old #optoutside campaign, where its stores close for Black Friday altogether and it urges people to get out and explore nature, continues to generate great buzz and has tapped into a rising anti-consumer sentiment, while the New York Public Library enticed borrowers with “100% off every day” and “free returns” on all its books.

Amazon, meanwhile, had some scrambling to do: even the biggest, tech-iest giant of all isn’t immune to security breaches, and it had one just before the big weekend. It notified those customers whose emails and names were impacted but stayed quiet on the subject otherwise.