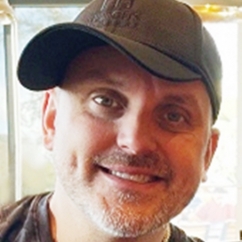 According to a report in local media, Larry pleaded not guilty in the case. His new counsel, Ann Arbor attorney Trovious Starr, took over his defense from a court-appointed counsel, who then had a second motion for Larry's bond.

The report adds that the next hearing in the Oak Park shooting case is on Sept. 6.

The incident on June 3, as per the report, says the 47-year-old Hutchinson was fatally shot while pulling out his GMC Denali luxury SUV from a parking spot. The parking lot was at a pawn shop he had just purchased on Greenfield Road.

Multiple sources told the outlet that the murder was possibly tied to rumors around the DEA and IRS pressing local jewelry store owners for information on narcotics traffickers laundering money through jewelry.

Read more on the shooting in the entire report.