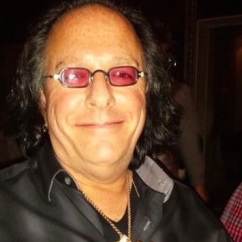 Beverly Hills, CA—Alan Friedman, GG, best known for his unending passion for colored diamonds, gemstones, and people, died unexpectedly on June 21 at age 60. He was the owner of Alan Friedman Co. of Beverly Hills.

Friedman got his start in the jewelry industry at Borsheims, Omaha, NE, where his passion for jewelry was evident even by age 10—the age at which the third-generation jeweler first put on a tie to stand behind the counter and sell to customers.

Alan was the son of Ike Friedman, the legendary owner of Borsheims, who sold the store to renowned financier Warren Buffett in 1988. It was that sale that launched Buffett’s ongoing interest in the jewelry industry. Buffett, a customer of Borsheims, had come shopping. Someone in the store joked to Ike Friedman, “don’t sell him a piece of jewelry, sell him the store!” The agreement of sale was less than one page of text and the rest, as they say, is history.

During his tenure at Borsheims, Friedman was known for his incredible patience and willingness to sit with undecided customers to help them find just the right diamond or gemstone. The sale of Borsheims gave him the freedom to change direction from high-volume selling to pursue his own passion for collecting and sharing exquisite gemstones and the design and creation of intricate heirloom diamond jewelry.

Friedman relocated to Los Angeles after meeting and marrying Layna Silvagni Friedman. Together, with their expertise in public relations and marketing, they opened Alan Friedman designs in Beverly Hills.

By the mid ‘90s, Friedman’s designs were available in high-end stores throughout the country. It was during this time that Alan began to work with natural pink diamonds, which have become his signature. Dubbed “King of Pinks” by the industry, he was regarded as an authority on the stones and won numerous design awards for his creations, including the prestigious “Best of Show” of the AGTA Spectrum Awards in 2003, along with a “Best Use of Color” award in 2002, and “First Place Casual Wear” award in the competition. 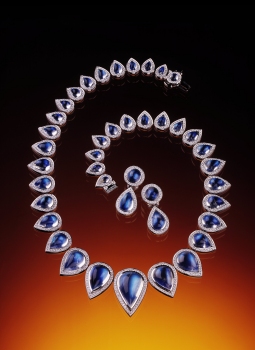 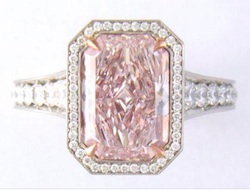 Left, the moonstone and diamond necklace and earrings set that won a Best In Show for Friedman in the 2003 AGTA Spectrum Awards; right, a ring featuring one of his beloved pink diamonds.

As news of his death spread through the jewelry industry, his Facebook page lit up with tributes from his daughters, Whitney and Caroline and Nicole-Juliet Silvagni Friedman, and friends.

This post from Susan Dryden, owner of Diamond Exchange Services of Springfield, MO, who worked with Friedman years ago at Borsheims, is just one of hundreds expressing similar sentiments:

"Early in my career, I chose to go to work for a Family run Jewelry store in Omaha, Nebraska called Borsheims. Little did I know about the people that I would work with and the Big Influence it would have on my career and life. I worked with Alan Friedman (one of the family members) who was crazy about color in Gems, Alan would see the beauty in unusual, un-heard of Colored Stones, Alan really loved rare Colored Diamonds and would just marvel at them in the showcases. During that time, I saw Alan work through his Fathers death, I remember seeing someone very devoted to his father's care, sleeping on a chair just across the hall from his Fathers hospital room. To this day, I love color in Gems, and my passion is Colored Diamonds. I would have to give credit to Alan Friedman and his family for all the knowledge and experience I learned from them. Sadly the Jewelry Industry just lost one of its BEST….RIP, Alan Friedman"

Friedman was particularly instrumental to the career of Susan Jacques, former CEO of Borsheims and now president and CEO of GIA. She and Friedman had been graduate gemology classmates at GIA together. After earning her GG, Jacques was struggling to establish her career in California when Friedman called and suggested she come to work at Borsheims for the holidays. As she related during a keynote address to the Women's Jewelry Association in 2008, the Rhodesian native who had never seen a single snowflake in her life packed up her car and drove through a blinding blizzard to get to Omaha for what was supposed to be a temporary job. Ultimately, of course, Warren Buffett tapped her to take over Borsheims, where she remained until her 2014 move to GIA.

"We are saddened to hear of Alan's death. Alan Friedman worked alongside his father here at Borsheims until Ike died in 1991. His sister, Susie Cohn, and brother-in-law, Marvin, are still an important part of Borsheims and we offer them and the entire Friedman family our condolences," Karen Goracke, president and CEO, told The Centurion.

On a personal note, I met Alan and the entire Friedman family, including Ike, at Borsheims in 1991 when I was writing a profile of the company for JCK magazine. I was immediately struck by how welcoming, down-to-earth, and lovely all the family were, despite their lofty status in the industry. I remember Alan eagerly showing me a collection of amethyst and other geodes the store had for sale in its gift department. They were priced by the pound.

"Yep! We just throw them on the scale," he told me, beaming. He also showed me his beloved cases full of rare colored gems and diamonds on the tour, of course, and it was obvious how happy it made him to share the gems' stories and histories. I saw him many times since at industry functions. He always had a hug and a smile--and I also remember one meeting where something around us just smelled heavenly. After sniffing the air for a few moments, I realized it was Alan and I just had to ask what kind of cologne he was wearing. It was his signature scent, Cartier's Declaration, and to this day I always think of him any time I smell it.

Friedman is survived by his wife, Layna, three daughters, Whitney, Caroline Suzanne, and Nicole-Juliet Silvagni; a son, Nicholas Alan, and his beloved grandchildren. No further information about arrangements was available at press time; updates will be posted as they become available. 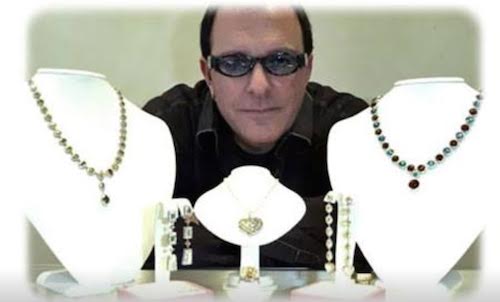