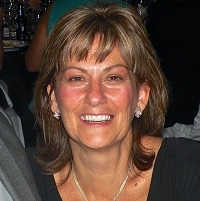 Newtown Square, PA—Donna M. Borrelli, one of the jewelry trade press’s most unsung heroes, died Monday of complications from a breakthrough case of COVID-19. She was 64.

Borrelli spent almost her entire career with Chilton Co. and Cahners/Reed Business Information, the former parent companies of JCK magazine. She started in the 1980s, working as an advertising, finance, and custom publishing manager for various publications in Chilton’s automotive and logistics groups, before joining JCK in 1999 as director of operations. Within one year, she was promoted to associate publisher, a title she held until leaving JCK in 2016. She began working with SmartWork Media, owners of INSTORE magazine, in 2018. She managed the INSTORE Design Awards and had recently begun working with SHOP! Association, which is also managed by SmartWork Media. INSTORE published a moving tribute to her here.

On a personal note, I worked closely with Donna at JCK, but we also were friends out of the office. While there’s little more that I can add about her professional dedication beyond the glowing praise reported in INSTORE, I can vouch that every word of it is true. I used to ask her if she ever slept, because it seemed like no human being could accomplish what she did in a day and still have time to eat and sleep. (She assured me she did sleep.)

Donna was indeed the glue that held JCK together, but in addition to that she had a robust craft business making wooden yard ornaments and selling them at various craft fairs in the Philadelphia area and at the New Jersey shore. In addition to her publishing chops, she could operate a mean jigsaw and had quite an artistic flair for decorating the various shapes she cut and hammered together.

The INSTORE article talks about her kind, gentle nature—indeed, if anything proves that true, it was her dedication to her family. She often talked about her brothers, their wives, and her nieces and nephews, upon whom she and her husband, Mike, doted. She also volunteered as an instructor and chaperone for a traveling drum and bugle corps, an activity she herself had enjoyed in high school.

After JCK moved from Radnor, PA to New York City, late nights took on a whole different meaning. I eventually bought a condo to use during the week but Donna continued commuting from her home in Newtown Square, PA. By that time, her husband Mike had fulfilled one of his lifelong dreams of owning a bar, and naturally Donna handled the finances for that business as well.

Sometimes we worked so late that she’d stay over at my place. One evening, tired of takeout food, we decided to make a late dinner at my apartment and we picked up a bottle of wine on the way. While I cooked, she set the table and tackled the wine, which had a very difficult cork.

“Um, which one of us owns a bar?” I asked her. I think we ended up breaking the cork to bits and pouring the wine through a strainer, but I remember how we ended up laughing our heads off about it.

Stubborn corks notwithstanding, there was little, if anything, Donna couldn’t do. Despite a typically crushing workload at JCK, she was meticulous and never missed a detail or a deadline. She was nominated by the Womens’ Jewelry Association in 2015 for excellence in the Special Services category, a well-deserved recognition that anyone who worked with her would say didn’t even begin to capture all that she did—and did with a smile.