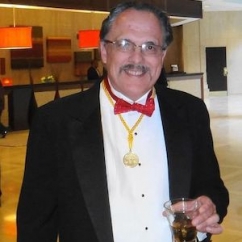 Zimniuch was a native of Philadelphia, graduating from Northeast Catholic High School and Temple University. He also was a lifelong ardent Philadelphia sports fan, as well as a baseball lover in general. He was the author of multiple baseball books, including "Shortened Seasons," a book about the untimely deaths of major league baseball stars, and he also authored a book about past stars of his beloved Philadelphia Eagles football team, titled "Where Have You Gone?"

Zimniuch spent 16 years at InStore, starting in 2004, but was well-known in the industry before that, having worked for both Accent magazine (serving the fashion jewelry and accessories category) and Professional Jeweler. Dan Kisch, director of the board of SmartWork Media, said in an InStore tribute, “I met Fran in 2004, months after joining INSTORE. We needed someone to take over the East Coast sales territory. I called industry legend Charlie Bond for a recommendation and, without hesitation, he said we should talk to Fran Zimniuch. I called Fran and never looked back as it was one of the best pieces of advice I have ever gotten from a colleague.

“Fran didn’t have clients, he had friends. He deeply enjoyed spending time with them. Nothing made him happier than being with colleagues at industry dinners from Atlanta to New York to Las Vegas. He thrived on his friendships and his friends thrived on him.

Trace Shelton, editor-in-chief of InStore, added, “Fran was so much more than a colleague to so many of us. He was a close friend, and I looked forward to seeing him at every jewelry trade event. Fran and I started at SmartWork Media at basically the same time. We shared so many conversations, meals, cigars, drinks, triumphs and failures together over the past 16 years. He was funny to a fault, and always in a self-deprecating way.

Simply put, Fran was a fantastic human being who loved his coworkers like family. I will miss him terribly.”

Industry reactions on social media were swift, stunned, and sad.

“One of the funniest, kindest people from my jewelry community lost his battle with Covid. Fran Zimniuch was a bright light at every show over the many, many years. So glad we saw each other in ATL last March. RIP Fran. I miss you already sweet friend,” said Elizabeth Ross Brewer, trade show representative for Diamond Council of America.

“We always had an entertaining, educational and interesting good time with Fran whether we were discussing baseball, bad jokes or where to eat dinner at a trade show,” said jeweler Frank Jones. Another of his friends, not from the industry, referenced Zimniuch's book and his own "Shortened Season," in his farewell, noting that in Fran's Heaven it will always be either 1980 or 2008, the two years his beloved Philadelphia Phillies won the World Series.

On a personal note, I often ended up on the same flight as Fran traveling to or from a tradeshow, as we both flew from Philadelphia. Although we always worked for competing media companies, he was the epitome of kindness, always greeting me as a friend, not a competitor. As many online observed, he always had a smile for everyone and he will be deeply missed. RIP, my friend.

Zimniuch is survived by one son, Kyle, and was predeceased by another son, Brent.