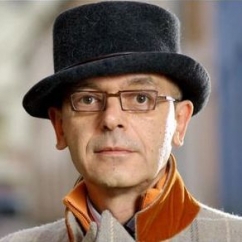 An internationally celebrated jewelry artist, he was revered by the members of his team, many of whom had worked alongside him for decades. He was known for jewelry designed with intricately detailed minute precision, which he often created under a microscope. When he reintroduced diamond briolettes in a major way in the late 1990s he sparked a trend, but as one would expect, he used them in settings unlike any other.

He was a longtime exhibitor at the Couture Show and enjoyed many years as a Centurion exhibitor as well.

Born in Lithuania in 1954, Šepkus immigrated to the United States in 1988. He remained extraordinarily proud of his heritage and was deeply committed to carrying on its traditions. A man of faith, he was a founding member of the Sleepy Hollow Schola Cantorum in Westchester, NY. Along with his wife, Dangė, Šepkus maintained strong ties to the Lithuanian community both personally and professionally.

On a personal note, Alex was one of the designers I felt privileged to know in my career. Two years after I became fashion editor of JCK, he made his industry debut in Jewelers of America’s New Designer Gallery and was chosen as JA’s New Designer of the Year. His work—and his personality—both existed on a higher intellectual plane, and were unlike any other in the industry. One felt honored to be a close enough friend to experience his keen, witty observations in conversation. 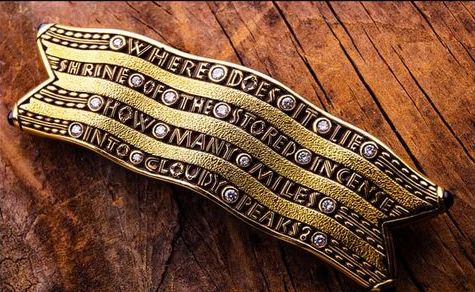 The distinctive texturing and intricate details of Alex Šepkus's work are unlike any other and the designer often created them under a microscope.

At press time, no further information was available. This article will be updated as funeral arrangements are announced.

Previous article:
How Does Rolex Feel about its Sponsorship of the US Open Tennis Championship?