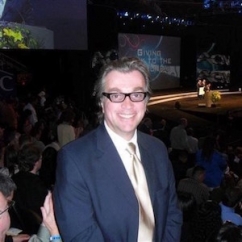 Los Angeles, CA—Robert “Bob” Sears Siragusa (left), a longtime executive in the watch and jewelry industry, has succumbed to COVID-19, following a prolonged battle with Alzheimer’s disease. He was 72.

Siragusa—then known as Bob Sears—was a gemologist who founded a diamond jewelry company called Aurion International in the mid-1980s. The company, which specialized in modern, upscale designs, won several prestigious De Beers diamond awards. But, as my industry colleague Roberta Naas wrote in a tribute on her website, A Timely Perspective, Sears remained humble and never let his success go to his head.

“I had just joined the watch and jewelry industry, working for National Jeweler magazine, and Bob was one of the first people I met at the jewelry shows. He was smart and creative and so kind. He didn’t let success go to his head, and he always had a smile for you,” wrote Naas.

After Aurion, Siragusa established Maurice Lacroix USA, bringing the affordable luxury Swiss watch brand into the United States market. From 1992 to 2003, he built Maurice Lacroix into a small empire in America, wrote Naas. “He was a smart marketer and an incredible person. He had visions and convictions. I remember him always looking for win/win solutions—for outcomes that would yield positive results for the retailers, the sales teams, the consumers and more.”

A longtime staunch supporter of the American Gem Society, Siragusa was committed to its ideals of ethics and honesty, says jeweler John Carter, owner of Jack Lewis in Bloomington, IL, and AGS president. Carter had an up-close and personal view of Siragusa, having worked for him as a sales representative for Maurice Lacroix for five years. Siragusa not only mentored Carter, but also taught him how to be a mentor to others.

Siragusa’s personal integrity, as well as his creativity in marketing, helped the Maurice Lacroix brand grow popular with independent jewelers in the United States, particularly members of AGS.

“Bob was an industry veteran who was between jobs when he came across a watch brand he immediately fell in love with. Maurice Lacroix had no distribution in the United States and Bob was convinced they needed to be here,” Carter wrote on the AGS Facebook page.

“He had so many brilliant ideas about how to excite people about watches,” remembers Naas. Later, he took that drive and helped luxury diamond jewelry designer Michael Beaudry to launch Beaudry Time.

Like Roberta, I also knew Bob from his days at Aurion, and it was always a stop on my show circuit during my days as JCK’s fashion editor. I always admired how creative the company’s jewelry was. I echo her thoughts about what a kind, big-hearted, and thoughtful man he was, and how it was always delightful to pause during a show and visit with him.

Even after he moved into watches—which I didn’t cover for JCK—I still would pop into the Maurice Lacroix booth just to say hello and catch up. I remember when we talked about his decision to change his surname, as well: at a time when Americans were focused on assimilation, immigrants often Anglicized their original family names to sound less ethnic. Siragusa was shortened to Sears, but in time Bob opted to take back the family’s original name.

Siragusa retired about 10 years ago; roughly when he first began battling Alzheimer’s. He is survived by his wife, Renee; two sons, Brent and Logan; and his beloved grandchildren. A celebration of his life will be held at a later date, but in the meantime the family asks that in lieu of flowers, memorial donations can be made in Siragusa’s name to the Alzheimer’s Association, the Stephen S. Wise Temple in Los Angeles, or a charity of the donor’s choice.

Riverdale, NY—Linda Zimmer, a longtime veteran of the jewelry industry, died peacefully May 8 from complications of Parkinson’s disease. She was 70. 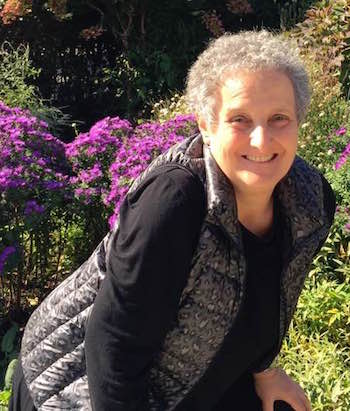 Zimmer was born in New York City on February 4, 1950, into a family with luxury jewelry roots. Her father, Alfred “Freddie” Zimmer, ran the small goods floor for Harry Winston until 1961 before returning to Antwerp, Belgium with his family and setting up his own business there. After finishing high school in Antwerp and moving to Paris for a stint in public relations, Linda returned to Antwerp and worked with her father for a time, before moving to the United States in 1973 and settling back in her birthplace of New York City. She later graduated from GIA and for a time taught both jewelry and gemstones at the Fashion Institute of Technology.

She later moved on to active roles in the industry, in manufacturing at Fabrikant and Gumuchian, and in retail at Bergdorf Goodman.

A staunch advocate for women, Zimmer was one of the earliest members of the Women’s Jewelry Association and served on its board of directors for many years. After retiring from the jewelry industry in the mid 2000s, she became certified as a coach for the True Purpose Process Institute.

Zimmer also was a cancer survivor, in remission from stage 3 ovarian cancer. She is survived by her brother Steven, her nephew Benjamin, and her former sister-in-law Ruth. She was predeceased by her parents, Freddie and Irene “Ricci” Zimmer.