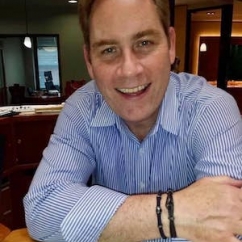 Henderson was the founder and namesake of his own company, WLH Limited, which included the Henderson Collection by Lecil and Luca by Lecil. Henderson first became renowned for his stackable bangles in 18k gold, enamel, and diamonds, an early leader in the then-emerging category of fine jewelry geared to female self-purchase. Later, he added the Luca collection of playful, colorful leather pieces accented with gold and white sapphire—also geared to female self-purchase, but especially at an entry price point.

A native of Charlotte, NC, Henderson was a second-generation jeweler, but not in the typical sense. His father, Lecil Sr., had been a traveling salesman for A&Z Hayward, the former longtime New England jewelry manufacturer. The younger Lecil helped his father out during summers, joking in a 2014 profile that his primary job was carrying the bag with the line. After graduating from Wake Forest College, Lecil Jr. had planned to attend law school after working with his father again for the summer—but somewhere between June and September, he realized how much he truly enjoyed the jewelry industry and his career plans changed. He too began working for the company, and eventually took over his father’s territory when he retired.

A natural salesman beloved by retailers, Henderson had a gift for listening and empathizing. Over and over, he was hearing requests for the kind of fashion-forward jewelry Hayward didn’t offer. But with an entrepreneur’s instinct, he saw a potential market waiting to be tapped and he struck out on his own.

“He was a sponge,” recalls Ann Gieser, Henderson’s vice president, of how he learned everything he could about the trade, even going to Italy to learn about manufacturing. Gieser, a longtime family friend, stepped in to help at Henderson’s company for two weeks—almost 26 years ago. “After a few years passed Lecil would tell people, ‘some things have been overlooked and Ann is one of them.’ We fought like brother and sister - drove each other crazy and absolutely knew how to push each other’s buttons but most of all we were friends,” she said.

"I have known Lecil for the past 20 years and really can't believe he's gone," said Howard Hauben, CEO of Centurion. "He always had lots of energy and ideas and always wanted to help us make Centurion better and better for everyone. During this period I've watched him build his Henderson Collection business on hard work and creativity. My heart goes out to his family and staff in this time of tragic loss."

Off the road, Henderson was deeply committed to his family and community. A father of three, he was both Little League and soccer coach, and was the dad all the kids wanted as their chaperone for overnight sports trips.

“They all wanted Mr. Lecil because he was such fun,” says Gieser. He adored her own two children as well, she said. Together with his wife, Kathy, Henderson was very philanthropic. He served as a deacon of their church, Myers Park Presbyterian, and was involved in its Room At The Inn outreach program for the homeless.

In the industry, Henderson was regarded as a true southern gentleman and was renowned for working nonstop, earning a reputation as “the road warrior of road warriors,” says Gieser. He was one of the founding supporters of both Centurion and Luxury By JCK, and later served on the Centurion Board of Managers for four years. He also was a former supplier member of the American Gem Society. His love of a good time was well known—especially the late-night evenings he hosted at Red Square, the Russian-themed restaurant in Las Vegas. He also was a member of the 24 Karat Club of Southern California and a board member of the 24 Karat Club of the Southeastern United States.

“He could bring together a roomful of the most diverse people ever, and have them agree on something,” said Gieser. “He treated everyone with respect. Even the shoeshine boy at Charlotte International Airport and the ladies at the US Airways Club always looked forward to seeing 'Mr. Lecil.'” 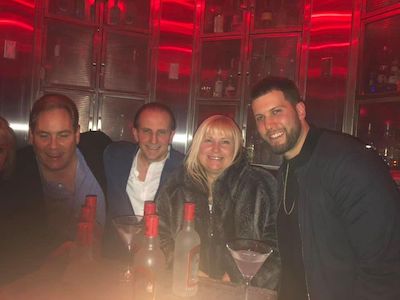 As word spread of Henderson’s passing, his many friends in the jewelry industry poured out tributes on social media.

“Three years after the economy collapsed and I lost my job as a jewelry sales rep my friend and mentor in the business, Lecil Henderson, had Ann call me and offer to fly me out to Vegas during the annual convention to do stand up for his clients, all expenses paid. More or less they missed me and wanted me to come out and see everyone and party like the old days. I’ll never forget his generosity and kindness,” recalls Brian Supan.

“My friend, neighbor for over a decade at JCK, and inspiration. He was an honest, kind, and loving man! Always there for anyone that needed it. You will be missed my friend! The world needs more people like you,” said Bobby Jain of Fana.

“Lecil didn’t know a stranger. Always a gentleman and willing to help you however he could. Look at the outpouring of love this industry has for him. When we leave this earth, this is what our goal should be. People remembering your friendship, kindness, and generosity,” commented jeweler Missy Ranney.

“I bet you’re already selling everyone in heaven one of your bracelets,” commented Jami Averwater.

On a personal note, I met Henderson early in my tenure as JCK’s editor-in-chief, and we quickly became good pals, having many long talks about a variety of topics from industry issues to politics to travel and more. It became tradition to have at least one dinner with Lecil and Ann every year during the Vicenza fair, as well as a dinner in Basel, and at AGS Conclave.

We had a running joke about the southern gentleman/damsel-in-distress because Lecil literally rescued me on more than one occasion. A knight in shining armor—or, rather, a knight in shining Fiat—who picked me up with my former colleague Carrie Soucy outside the Vicenza fair hall. Our bus to Verona had never shown up and we had no idea how we were going to get back to our hotel, as it was pelting down snow, cabs were nonexistent, and it was too far to walk to the train. Out of nowhere, Lecil and Ann appeared. Apart from everlasting gratitude for the ride, I was incredibly impressed that he knew how to drive in snow—not something most Southerners do. Lecil and Ann also rode back and forth to Zurich with us a few times when we couldn’t get rooms in Basel, and I remember one notable dinner during those treks: Lecil had found a great Italian restaurant in Zurich, and not only did I have the best truffle fettuccine ever in my life, but we laughed so hard we all had sore stomach muscles the next day.

Then, of course, a visit to the Henderson booth was de rigueur at both Centurion and Luxury, and especially after I left JCK and no longer had the show office to stash my bag in Las Vegas, Lecil and Ann always had a little corner under the table where I could drop it off for a while, rest for a bit, and grab a bottle of water. You will be deeply missed, my friend.

Henderson is survived by his college sweetheart and wife, Kathy, and their three children, William, Andrew, and Elizabeth. No details about a service were available at press time; this article will be updated when details are available.

Next article:
Celebrity News from Rahaminov and Forevermark