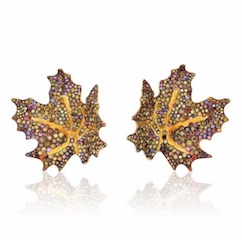 "The entire staff was immediately impressed as the entries started coming in. It seemed that the quality and artistry of the pieces has ascended to a new level. The number of entries increased and clearly the caliber of entries was exceptional," said Douglas K. Hucker, AGTA CEO. “Of course, this also makes the work of the judges demonstratively more difficult. We were blessed with an outstanding group of judges that were consummate professionals and demonstrated an amazing level of synergy, and this is apparent in the selections that they made."

Awards will be formally presented at AGTA’s annual Spectrum Awards banquet in Tucson in February 2018. 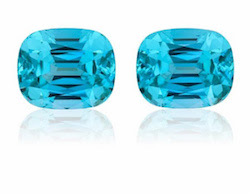 Best Use of Pearls: Naomi Sarna, for freshwater cultured pearls strung with sunstone beads with an 18K yellow gold and black rhodium clasp set with white, pink and green diamonds.

Best Use of Platinum and Color: Eddie Sakamoto, Somewhere in the Rainbow, for his platinum "Dancing Waves" neck collar featuring a 57.0 ct. aquamarine accented with diamonds (8.0 ctw.). 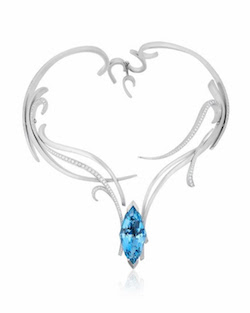 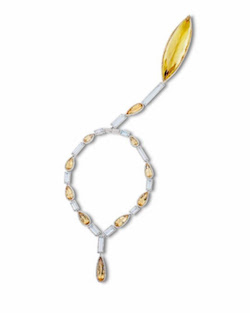 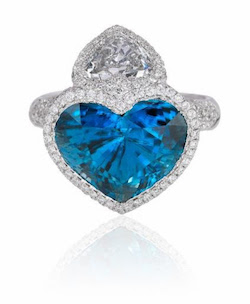 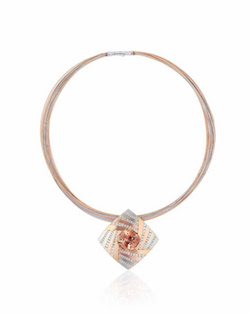 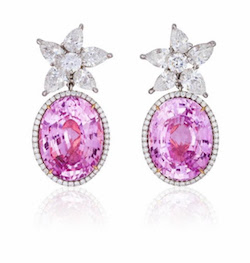 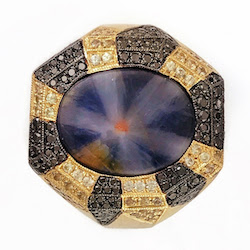 For more information and to see the winners of AGTA’s Cutting Edge Awards for lapidary arts, click here. 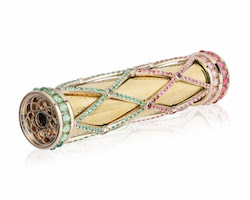 Leighton—born Murray Mondschein in Brooklyn, NY—got his start in the industry after buying an arts and crafts store in New York City’s Greenwich Village in 1959. The shop, called Fred Leighton, later added Mexican wedding dresses, trendy with brides in the 1970s. Also trendy in the era was Mexican and Native American silver jewelry, which Mondschein added to his store. But when a dealer gave him some Victorian-era fine jewelry to sell, Mondschein grew entrance. His willingness to purchase estate pieces outright gave customers of the time a viable option in the space between Christie’s and Sotheby’s and the scrap heap, which is where most estate jewelry ended up if it didn’t have a famous signature. 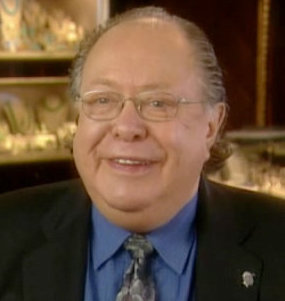 In time, Mondschein legally changed his name to Fred Leighton and grew legendary in the world of estate jewelry. Originally untrained as either jeweler or gemologist, his eye for design was both outstanding and intuitive. He particularly favored Art Nouveau, Art Deco, and other strong designs such as the enamel and gems of Mughal India. Leighton bought for beauty, not to break the pieces apart for gem or scrap value as most other estate buyers of the era did at a time when there was little interest in the category. In fact, he once told People magazine that he didn’t even know the difference between 9 karat gold and 18k gold when he first started, and bought pieces solely for looks. (He did later become a certified gemologist.)

In time, his passion for estate jewelry caught on with celebrities and, later, the public. The Fred Leighton store was sold in 2006 and, following a scandal and Chapter 11 bankruptcy in 2009, it was acquired by Kwiat, which owns it today and runs it as a separate brand. 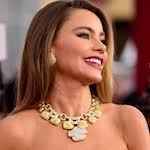 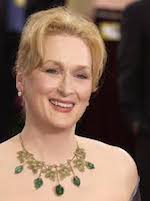 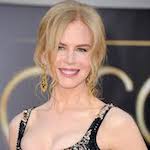