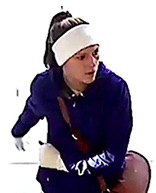 Las Vegas, NV—The American Gem Society (AGS) announced plans to launch a new, fully integrated U.S. advertising campaign to raise consumer awareness of its brand and to drive traffic to its members’ stores, using its “Find a Jeweler” search feature. The ad campaign will target both male and female consumers, with “Buy It with Confidence” ads targeting males and “Love What You See. And What You Can’t” ads targeting females.

Aimed at increasing consumer awareness of AGS and its esteemed membership, the print ads will run in GQ, Glamour and Vogue in the first half of 2016 in top regional markets to cover the important shopping occasions of Valentine’s Day, Mother’s Day and the bridal season.  Additionally, the campaign will run in print and digital media in The Knot throughout all of 2016.

A custom hashtag will be promoted (#BuyWithConfidenceAGS), along with social media campaigns. Helpful and interactive consumer content will also be developed and distributed via bridal publications and the magazine partners.  Counter cards of the ads will be made available for member retailers to display in-store at point-of-sale.

To increase the campaign’s consumer reach, AGS has planned a customized public relations and trade communications initiative to promote the campaign messaging to a wider audience on consumer-facing social media outlets, the AGS blog, AGS websites, and publications such as Brilliance, Spectra and targeted member email blasts.

The ads will also promote AGS Laboratories, with logo placement in the creative, as well as the distribution of helpful consumer information such as benefits of using a Lab report, explanation of diamond grading and the 4C’s, FAQ’s, shopping tips, etc.

All messaging in support of this 360-degree campaign will promote the AGS mission of consumer protection, business ethics, and ongoing gemological education, while driving traffic to AGS member retailers via Find a Jeweler, which in 2015 had 700,000 consumers searching for AGS jewelers. In addition to the advertising campaign, AGS plans to continue its public relations efforts by supporting the Society’s online quizzes and games, The Perfect Proposal contest, the Find a Jeweler website and other national and local Guild initiatives.

“With the support of our retail members in-store and in their social media outlets, this fully integrated campaign is designed to make a powerful impact,” says Ruth Batson, CEO of AGS and AGS Laboratories.  “Promoting consumer confidence and the ethics of the reputable jewelers that make up the AGS membership is critical to attracting younger consumers and ensuring the future strength of our industry.”

To learn more about the campaign, view the creative or stay current with AGS announcements regarding Conclave speakers, registration information, and more, please visit americangemsociety.org and follow the AGS blog or the AGS pages on Facebook, Twitter and Instagram.

New York, NY—Polished diamond prices edged up for the second month in a row in December, as shortages supported prices and dealers filled last-minute holiday orders.

According to Rapaport, the RapNet Diamond Index (RAPI) for one-carat, GIA-graded diamonds rose 1.5% in December. RAPI for 0.30-carat diamonds jumped 4.7% and RAPI for 0.50-carat diamonds grew 3%. These gains are markedly higher than the slight thaw first noted in November, when prices stopped free falling for the first time in six months. Only one category—three caraters—was exempt from the turnaround; those remained almost stable, taking only a 0.1% dip.

Initial reports about U.S. holiday season jewelry sales are positive, says Rapaport. General retail sales were up about 8%, with online mobile sales up 50% to 60%, and consumers showing willingness to purchase big-ticket items like furniture.

For the full year 2015, RAPI for one-carat diamonds declined 5.8%. RAPI for 0.30-carat diamonds dropped 13.4%, while RAPI for 0.50-carat diamonds slumped 14.5%. RAPI for three-carat diamonds fell 14.5%. While the deflationary environment for diamonds has its root causes in industry-specific challenges, it’s not alone. Consumer goods overall are in deflationary mode, something the National Retail Federation noted in its holiday report and said is contributing to lower revenues for retailers. Low inflation is also a marked change in this economic recovery from previous cycles.

The Rapaport Monthly Report notes a shortage of select diamonds as suppliers gradually sold off better-quality inventory and manufacturers limited polished production due to high rough prices. But both dealers and retailers remain very cautious about buying for inventory.

De Beers and Alrosa kept rough prices stable throughout the fourth quarter but both companies reported 15% drops in rough prices during the full year. Rapaport estimates De Beers’ rough sales fell 45% in 2015, with the biggest decline in the second half. Sightholders expect De Beers to reduce prices by 5% to 7% at the next sight, later this month. Rough demand is anticipated to increase as manufacturers raise polished production to fill shortages in the market, but still is expected to remain below levels seen in previous years.

Dealers are uncertain whether the polished market will continue to be supported by supply shortages or if trading will become demand-driven as retailers refill inventory sold during the holiday season.

The full Rapaport Monthly Report can be purchased here.

Mebane, NC—Southern belle she isn’t. But an attractive young female robber who terrorized jewelry stores in the South last summer has struck again, on Monday at a store in Mebane, SC. Nobody was harmed but she forced two store associates to the back of the store and bound them up with zip ties before she opened and emptied the showcases.

The same woman is a suspect in jewelry store robberies in Georgia, South Carolina, and Florida, and also is wanted in connection with a robbery in Tennessee. All told, she’s responsible for more than $4 million in stolen jewels disappearing.

It’s very unusual for an armed robber to enter a store alone, and never before has that thief been a woman. John Kennedy, president of the Jewelers Security Alliance, told National Jeweler that in his 23+ years in the jewelry industry, he’s never seen a female commit armed robbery by herself. She’s believed to be accompanied by a male who waits outside in the getaway car, reported to be a dark Toyota Camry with temporary paper license plates.

The woman, who also was spotted in a jewelry store in Macon, GA on December 30, is in her 20s, about 5’8”, slim, attractive, with long dark straight hair. She looks like “any customer you’d want in your store,” Kennedy said during the earlier robberies. Her hair is darker than it was during the earlier robberies, but in both cases she is wearing an earpiece, presumably to talk to her accomplice. She is dressed appropriately for the season—sleeveless tops in summer and wearing earmuffs and a jacket now. No robbery occurred at the Macon store where she was seen prior to Monday’s attack. 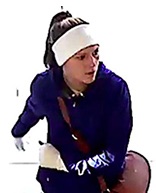 Surveillance photos show the female robber in summer (left) and at last week's robbery in winter clothes. Though her hair is darker now, the face is identical.

JSA advises any jeweler who sees this woman in their store to go to a secure spot and call 911 immediately, and anyone with information about her is asked to contact FBI Special Agent Lawrence Borghini at 850-770-1619 or the JSA at 212-687-0328. As before, JSA is offering a reward of up to $10,000 for information leading to the arrest of the armed female robber. The alliance’s reward hotline is 800-325-1883.