New York, NY—After more than a century at New York’s famed Waldorf-Astoria Hotel, the 116th Grand Banquet of The Twenty-Four Karat Club of The City of New York will be held at the New York Hilton Midtown on January 20, 2018. The Banquet is the industry’s premier and most prestigious black-tie event, with more than 1,000 guests in attendance each year.

In 2015, the Club broke with its longstanding tradition of keeping the event’s entertainment a secret until the evening of the Banquet. This year, The Twenty-Four Karat Club of the City of New York is pleased to announce the performer for the 2018 Banquet will be famed actress and singer Katharine McPhee, sponsored in part by Bulova Timepieces, a Citizen Watch America brand.

Known as a world-class vocalist, as well as for her roles on the hit television series, Scorpion and Smash, McPhee will serenade guests with a live performance.

“We look forward to another successful event and are thrilled to welcome Katharine McPhee as our performer for the evening,” says Ronnie VanderLinden, President of the Twenty-Four Karat Club of the City of New York. “This year we see a few changes, but are confident that it will be an evening to remember.” 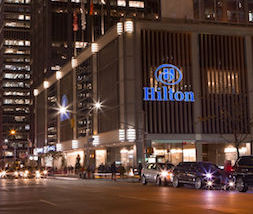 The Hilton Midtown, a jewelry-industry fixture, will house the 24 Karat Club of the City of New York annual Banquet while the Waldorf-Astoria is under renovation.

The Banquet has moved before, but it has been held at a Waldorf Astoria property since 1913, both when the original Waldorf Astoria Hotel was located at the corner of Fifth Avenue and 34th Streets (now the site of the Empire State Building), and after the Waldorf moved to its legendary Park Avenue address.

The 2018 Banquet is also being held one week later than its traditional time on the second Saturday after New Year’s Day. This year’s event will be January 20, 2018. Cocktail reception begins at 5:30 and the Banquet doors open at 7:00 p.m.

IDCA Elects New Board of Directors For 2018

Newly elected to the IDCA board are Sujan Doshi of SA Diamonds Inc., and Shiksha Naheta of Empresa Jewels Inc., who also is the first female board member in the organization’s history.

Tacy '2017 Pipeline' to be published by Pharos Beam

Mumbai, India—As renowned diamond industry journalist and watchdog Chaim Even-Zohar of Tacy Ltd. prepares for retirement, publication of his Tacy Diamond Pipeline, which has provided an independent and unbiased view of the diamond pipeline since 1989 and serves as a benchmark of industry value addition, will be taken over by Pharos Beam Consulting LLP in India.

The Tacy Pipeline pioneered the concept of counting every diamond only once, avoiding inflated turnover numbers that can impact the availability of financing to the industry. It has been used by various industry researchers for analyzing the industry performance across years, establishing value addition and midstream performance and profitability. It has also served as the base for research reports put out by reputable consultants and has been used as evidence in various arbitration and court proceedings.

Even-Zohar published the Tacy Pipeline through Tacy’s Diamond Intelligence Briefs and other media. Pranay Narvekar of Pharos Beam Consulting has been involved with its compilation since 2009 and worked closely with Tacy in preparing several previous editions. The forthcoming 2017 Pipeline will be published by Pharos Beam. In a joint press release, Even-Zohar and Narvekar assured the report will adhere to the its proven methodology, ensuring the diamond industry can continue to use it following Even-Zohar’s retirement. 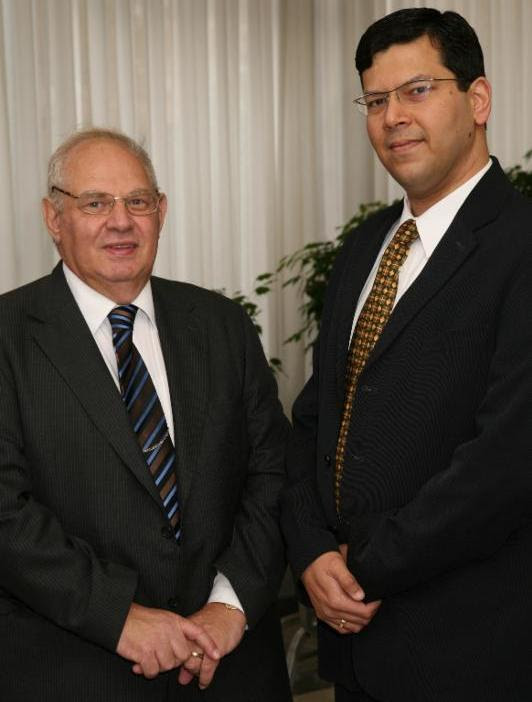 Chaim Even-Zohar, left, is retiring and passing the baton for his legendary Tacy Pipeline report to Pranay Narvekar, right.

Says Narvekar, "The Tacy Pipeline is the starting point for any industry analysis and provides consistent and unbiased data for analysis without turnover based distortions. It is indeed a great privilege that we would be able to carry forward the Pipeline and our association in its development in the past gives us the confidence that we would be able to continue to provide this service to the industry in the same consistent manner."

"I have always been fascinated by the fact that a relatively modest $15 billion raw material source, can generate some $150 billion internal country and/or between-trading-center turnovers generating employment for a few million people. The total midstream (diamond manufacturing and trading) added value may at best come to $6 billion, before the downstream (jewelry manufacturing and retail) adds its value," reflects Even-Zohar. "Looking just at the employment factor, one can never doubt that the social and welfare contribution of diamonds are a source of 'good' in a society that measures value not just in money terms, but rather how society benefits from it. It is really befitting the pipeline that it gets its new 'home' in India, the world's largest diamond manufacturing and trading center."

Diamond Intelligence Briefs, meanwhile, has been acquired by an Asian publishing house, which as of January 1, 2018, will be solely responsible for its content.

“We have signed off,” said Even-Zohar on the site’s homepage. A lengthy interview captures his reflection on the industry and future challenges here.

The event offers three full days of diamond trade opportunities in IDE’s trading hall, with over 250 diamond companies exhibiting from Israel and around the world. Trading will take place on the bourse floor from Monday to Wednesday, leaving Thursday as an optional day for individual meetings. Meanwhile, this year IDWI organizers are upgrading the “fun” aspect of the exhibition, adding a variety of evening events and a festive closing party and upgraded hotel accommodations to enhance the comfort and convenience of IDWI participants. All event hotels cater to international business travelers and are located close to the diamond district; attendees can choose their preferred hotel during registration. To register for the event and free hotel accommodations, click here.