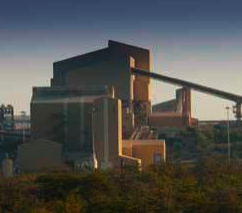 LONDON, U.K.—Philippe Mellier has been appointed CEO of the De Beers Group, it was announced this week by Nicky Oppenheimer, chairman of the board. Mellier, currently president of Alstom Transport and executive vice president of Alstom S.A., will join De Beers in July.

In his current role Mellier oversaw a growing business with 27,000 employees and sales of almost €6 billion in the last fiscal year. Oppenheimer says Mellier’s appointment signals De Beers’ determination to lead in a rapidly changing world. “In Philippe we have found a proven leader with a reputation for delivering results while shaping businesses for the long term,” he said. “With several large upstream projects underway and the rapid emergence of major downstream markets, De Beers stands on the cusp of an exciting new period of growth. We were determined to find a leader with a world class track record of delivering large projects, understanding the needs of key stakeholders including government partners and clients, and an instinct for shifting consumer patterns.  I am excited by the dynamism and fresh perspective that Philippe will bring to De Beers.”

Separately, Devon Pike has been named CEO of De Beers’ retail jewelry business in the United States. She comes from the upscale apparel industry, with executive and managerial stints at Juicy Couture and Polo Ralph Lauren.

New York, NY—Tickets are available now for Jewelers for Children’s Annual Chance for Kids Raffle. Tickets are $ 20 each or 6 for $100.  Winners will be announced at the annual Facets of Hope celebration on June 5, 2011 in Las Vegas, NV.  Winners need not be present to win. Tickets will not be sold in Las Vegas.  All tickets will be sold prior to June 5th. This year’s prizes are from: Ebel, Hermes of Paris, Raymond Weil, IWC, Gucci Watch, Montblanc, ESQ by Movado, Movado, C.G. Creations, Thistle & Bee, Wolfgang Puck Worldwide, NEW Customer Service, Tiffany & Co, and William Henry Studio. Visit the JFC website for more information, or email David Rocha, executive director, at david@jewelersforchildren.org.

Las Vegas, NV—The Annual Rapaport State of the Industry breakfast and conference will be held Sunday, June 5, 2011 at 8:00 am, in the Banyan Ballrooms at Mandalay Bay. Attendance is free and open to all. Discussion will focus on the massive changes in the industry as the global economy adapts to new realities, and strategies to identify and take advantage of the challenges and opportunities that lie ahead. Rapidly expanding demand in the developing markets of India and China are forcing changes in diamond pricing and distribution, while the value of money is shifting eastward, affecting those whose livelihood is based on price and availability of gold, diamonds and other precious materials. How will a substantially weaker dollar impact your business?

Las Vegas, NV—The World Diamond Council will host a panel discussion and briefing on the efforts underway to resolve current challenges to the Kimberley Process, during the JCK Show in Las Vegas. The presentation, titled "Diamond Dialogue: The Challenges of a Robust Kimberly Process," will be held Thursday, June 2, from 1:30 P.M.-2:45 P.M., in the Tradewinds AB room at the Mandalay Bay Convention Center. Attendance is first-come, first-served. Panel members include Dr. Benjamin Chavis, a prominent leader in the American civil rights movement who currently presides over the Governing Board of the Diamond Empowerment Fund, Eli Izhakoff, president and CEO of the World Diamond Council; Susan Jacques, CEO of Borsheim’s, Matt Runci, president and CEO of Jewelers of America and chairman of the board of the Responsible Jewellery Council; John Hall, general manager external affairs, Rio Tinto; Nadim Kara, campaign director, natural resources, of Partnership Africa Canada; and Brad Brooks-Rubin, conflict diamond negotiator at the U.S. State Department. Moderator is Cecilia Gardner, president and CEO of the Jewelers Vigilance Committee and General Counsel of the World Diamond Council. For more information please contact JVC, (212) 997-2002.