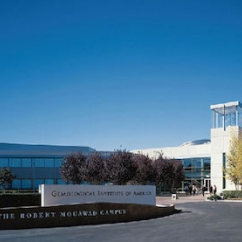 Merrick, NY—As businesses across the United States and the world gradually begin reopening, here is information about some key industry organizations, services, and events for the coming weeks and throughout the summer.

Stuller will launch Stuller Connect: A Virtual Event, from June 1 – 28. Throughout the month, the virtual event will introduce new products,  event specials, free educational opportunities, and the company's latest creations. Jewelers can also schedule a virtual appointment with a Stuller expert and connect to a variety of products and services.

“We’re excited to provide our customers with a new way to  connect  with Stuller during these unprecedented times,” says Morgan Waters, executive director of marketing communications. “We are all rebuilding our businesses right now. We believe we can  take an important step forward together.” To learn more, visit blog.stuller.com.

AGS Laboratories in Las Vegas has opened again. Its parent organization, the American Gem Society, has been open throughout the pandemic, with employees working remotely, but the lab had closed during the Nevada shutdown period. AGS has, however, canceled its annual Circle of Distinction dinner, originally slated for July 28 at the Plaza Hotel in New York City.

OroArezzo 2020 Canceled; Returns In 2021. IEG (Italian Exhibition Group), organizers of the OroArezzo jewelry fair, have canceled the 2020 fair but will offer online opportunities and visibility for “Made in Italy” jewelry manufacturing in the region. Among those are “Oroarezzo On Stage,” which will allow exhibitors to reinforce their online presence in the global markets. Companies will be assisted in compiling professional photographic shoots for a catalogue enhanced by photos, videos and news regarding the products. The fair's Premiere competition also will be presented in a digital edition will launch June 9 on Instagram. For information, click here.

For Now, No More Baselworld

Basel, Switzerland--After a 103-year run, the jewelry and watch industry’s oldest trade fair is no more, at least for the foreseeable future. MCH Group, organizers of the Baselworld fair, have decided that at the very least, future events—which won’t happen until 2022 at earliest—will not carry the Baselworld name. It’s also possible they won’t even be in Basel.

It’s a momentous decision for the fair, which dates back to 1917 and has been held every year—even through WWII—until the coronavirus pandemic forced the cancellation of the 2020 event.

Baselworld’s roots were part of the larger Schweitzer Mustermesse, a citywide fair showcasing all of Switzerland’s industries. Horology obviously being a large part of that, watches (and later jewelry) were given their own pavilion in 1931, billed as “The Swiss Watch Fair.” It was renamed “Basel” in 1973 when other European companies were invited to participate for the first time, and it became totally independent of the rest of the Swiss industries exhibition in 1984. By the turn of the 21stcentury, it was one of the three largest global events of the industry and in 2003 it was renamed “Baselworld” to reflect its position.

But with its vaunted position came a great degree of hubris, and both exhibitors and visitors grew frustrated with the cost of attending and the intractability of fair management in addressing their concerns. Already the Swatch Group had pulled out and attendance at the 2019 fair was a fraction of prior years. So when the 2020 event was canceled and MCH announced unpalatable options for both refunds and rescheduling, exhibitor dissatisfaction came to a head and all the major names dropped out.

In an article in JCK, fair spokesman Christian Jecker said it’s not dead yet—the concept, date, and location of a new event have yet to be analyzed and decided, he said—but it’s definitely not going to be called Baselworld.

“It is clear that a new format cannot run under the name Baselworld. After the departure of the big watch brands, it will certainly no longer be Baselworld as we have known it. Everything else—including the name—is now being clarified.”

Rolex, Patek Philippe, and the other big watch brands that dropped out this spring will show at a new, as-yet-to-be-named event in Geneva, timed to coincide with Watches & Wonders. At press time it wasn’t known if the LVMH group’s watch brands that exited a week after Rolex and the others will join in the new show or exhibit on their own in Geneva.