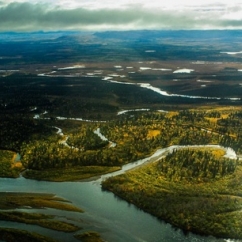 First RapNet Symposium to be held in Ft. Lauderdale; Focus Is On Technology

New York, NY—The Rapaport Diamond Trading Network,will host the first RapNet Symposium at the W Hotel in Fort Lauderdale, FL, on September 7-8, 2014. The symposium will focus on how the jewelry trade can use new technology to grow their business and increase profits. It will provide a meet-and-greet opportunity for individuals and companies that trade diamonds over the Internet. Special sessions for IT managers and software developers will also be provided.

The symposium is open to all members of the diamond and jewelry trade and is free for all RapNet members. Non-member fee is $350.

Keynote speaker Robert Tucker will focus on innovation skills required to survive in today’s hyper-competitive electronic world, and Martin Rapaport will discuss the future of electronic trading in the diamond and jewelry industry.

“Rapidly advancing information and communication technology is revolutionizing the diamond and jewelry trade. Retailers, wholesalers and manufacturers that do not innovate will go out of business,” said Martin Rapaport, chairman of the Rapaport Group.

EPA’s Latest Findings Put Another Hold On Pebble Mine Plans

Bristol Bay, AK—In its latest report, the U.S. Environmental Protection Agency says the proposed gold and copper Pebble Mine project would have an unacceptable adverse impact on the area’s ecosystem.

According to a report in National Jeweler, the agency earlier this year invoked its right under the Clean Water Act (CWA) to take a closer look at the project, which if built would be North America’s largest open-pit gold and copper mine. It would generate enough waste to fill almost 900 football stadiums, says the article.

Northern Dynasty Minerals, the sole company still seeking to develop the project, has sued to halt the EPA’s use of the CWA in this case. Rio Tinto and Anglo American originally were partners in the project but both pulled out long ago, and retailers ranging from Tiffany & Co. to Helzberg Diamonds to BJ’s Wholesale Club have pledged not to sell any jewelry made from Pebble Mine gold if it comes to that.

New York, NY—The JA New York 2015 Winter show will be held January 18-20, 2015, in order to not overlap with any other trade event. It also represents a move back to early winter, when it had traditionally been held prior to moving to March. Show organizers also feel the January timing will be beneficial for retailers after what’s expected to be a prosperous holiday selling season.

The new January dates also will make the JA New York Winter Show the first show of the post-holiday show season, in time to replenish inventory for Valentine’s Day.

For more information, please contact Michelle Orman at (646) 302-5521, or via email at Michelle@LastWordComm.com.

London, United Kingdom—Anglo American, parent company of De Beers, has reported production of diamonds grew 7% in the second quarter of this year compared to last year’s figures. Production increased 13% from the first quarter of 2014 and the total increase for the first half of the year stands at 12%.

National Jeweler reports the increase was largely attributed to recovery from pit flooding at its Venetia mine in South Africa, improved productivity and processing plants, and cleanup from the slope failure at Botswana’s Jwaneng mine.