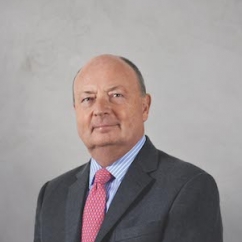 Rolex’s Stewart Wicht To Be Honored At Gem Awards

New York, NY—Jewelers of America (JA) and the GEM Awards Committee have announced that Stewart Wicht (left), president and CEO of Rolex Watch U.S.A. Inc., will be the recipient of the 2019 GEM Award for Lifetime Achievement.

The GEM Awards gala, set for Friday, January 11, 2019, honors the outstanding achievements of individuals or companies whose work raises the visibility and status of fine jewelry and watches. Wicht is receiving the 2019 GEM Award for Lifetime Achievement due to his efforts to enhance the jewelry and watch industry's image and set a standard of excellence that inspired industry colleagues throughout the course of his career at Rolex.

“A bigger-than-life personality and an astute businessman, Stewart significantly elevated Rolex's partnership with its dealers, thus allowing the entire industry to benefit from this development,” says GEM Awards chair Olivier Stip of CHANEL. “Very generous with his time, Stewart supports several trade organizations making him an undisputed leader in the watchmaking world. We are honored to be presenting Stewart with the 2019 GEM Award for Lifetime Achievement.”

Prior to moving to the United States, Wicht over the course of his 36 years in Switzerland was responsible for the oversight of numerous markets in Asia and the South Pacific, as well as having established and managed the Intellectual Property department.

His professional and personal interests led him to join the boards of industry and cultural organizations, including the American Gem Society, the American Swiss Foundation and the International Tennis Hall of Fame. For the past three years, he has chaired the Jewelers’ Security Alliance.

The Mandela Institute for Development Studies’ unique approach develops Pan-African leaders who have a lived understanding and experience on the continent and who, in turn, can facilitate economic integration and social cohesion. The Diamond Empowerment Fund Scholarship will be earmarked for a student from a diamond-producing country whose chosen post-graduate study will be in a field of interest that meets the needs for improving the quality of life for Africans.

The Diamond Empowerment Fund itself was inspired by Nelson Mandela, who encouraged D.E.F.’s co-founders to tell the world the positive impact Africa’s diamonds have on building healthy and educated communities on the continent.

“We are thrilled to be partnering with the Mandela Institute for Development Studies and to continue the legacy of giving back to the very communities where diamonds are found,” says D.E.F. president Anna Martin, also senior vice president of GIA. Additional D.E.F scholarships will be identified in the coming months, each representing the global impact of the diamond industry.

2018 marks the centenary birthday for Nelson Mandela, whose own impact will be acknowledged and celebrated at the Mandela Peace Summit on the eve of the opening of the UN General Assembly later this month.

Jean-Marc Lieberherr, CEO of the DPA, said, “We are delighted to welcome RZ Murowa to the DPA, and Manit to our board of directors. The DPA will continue to play a vitally important role in the future of the diamond industry and broadening our representation and geographic reach will help ensure we maximise the positive impact we can have for the sector as a whole. We look forward to working closely with Manit and his colleagues at RZ Murowa”. 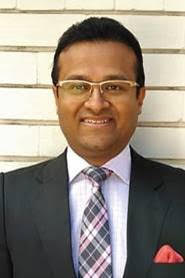 Manit M. Shah, COO of Murowa Diamonds, will join DPA's board of directors

Said Shah, “Joining the DPA is an important milestone in the life of RZ Murowa Holdings Ltd. and a recognition of the work we are doing to operate our assets responsibly and sustainably. I am very pleased to join such a distinguished board of directors and will do my best to contribute to the essential work the DPA is doing for our industry.”

Basel, Switzerland—MCH, the parent company of the Baselworld fair (as well as Art Basel and other exhibitions), has tapped Danish executive Hans-Kristian Hoejsgaard to manage the company as interim CEO while the search continues for a permanent leader. Hoejsgaard takes over for René Kamm, the longtime former CEO who stepped down last month following the Swatch Group’s announcement that it would exit the Baselworld fair, a $50 million hit to Baselworld’s bottom line. Earlier this year, managing director Sylvie Ritter—a 26-year veteran of MCH and the architect of the fair’s much-maligned efforts to move upscale—stepped down following a dismal performance at the 2018 fair, which was half the size of prior years.

Hoejsgaard brings a management pedigree from both the luxury retail and watch sectors, having served as CEO for Oettinger Davidoff (2011-2017), Timex (2008-2009), Georg Jensen (2003-2007). But he emphasized this is a temporary role and he is not expecting to fill the slot permanently.

Dallas, TX—The American Gem Trade Association (AGTA) announces the results of its election for board of directors. Ruben Bindra of B & B Fine Gems was elected president, replacing the outgoing Jeffrey Bilgore. Jeff Mason of Mason-Kay Inc. was re-elected as a director and Robert Bentley of Robert Bentley Company Inc. and Jaimeen Shah of Prima Gems USA, LLC, were newly elected, replacing outgoing board members Avi Raz and Kusam Malhotra. All four newly-elected officers will take office in February 2019, and will serve three-year terms.

The following members continue their positions on the board:

AGTA holds elections on a rotating cycle in order to guarantee coherence of the board's long-term plans. For more information, please contact info@agta.org or (800) 972-1162.