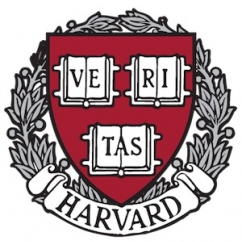 Cambridge, MA—Executives and leaders from all sectors of the jewelry industry gathered in late June for GIA’s (Gemological Institute of America) Global Leadership Program at Harvard Business School (HBS). This annual program, held on the Harvard campus in Cambridge, MA, offers a unique opportunity for gem and jewelry executives to explore innovative solutions to industry challenges, using the renowned HBS case study method.

42 industry leaders, all CEOs or senior executives, from 11 different countries examined the theme “Unleashing the Power of People: Genuine Leadership.” Upon successful completion, participants were awarded a HBS certificate of program completion.

“What a great opportunity to be part of such an experience at the Harvard Business School, along with a powerful cross-section of industry leaders.  It was engaging and thought-provoking and insightful,” said Stanley Zale, vice president of diamond and gemstone procurement at Stuller, Inc.

Developed by HBS and led by renowned Harvard faculty, the GIA Global Leadership Program focuses on new research and best practices, delivering practical value and actionable techniques. From June 25 – 28, the 42 senior leaders drew on Harvard’s vast repository of business intelligence and participated in interactive lectures and small study groups to explore the theme “Unleashing the Power of People: Genuine Leadership.” This theme examined how senior executives and developing professionals can cultivate traits found in the leaders they most admire.

For the first time, Harvard Business School will offer a unique educational opportunity at GIA’s International Gemological Symposium, set for Oct. 7-9, 2018, in Carlsbad. Professors from the HBS will lead a track on business concepts and innovations using HBS renowned case study method. To register and for more information on the program, related events and hotel accommodations, visit symposium.GIA.edu. 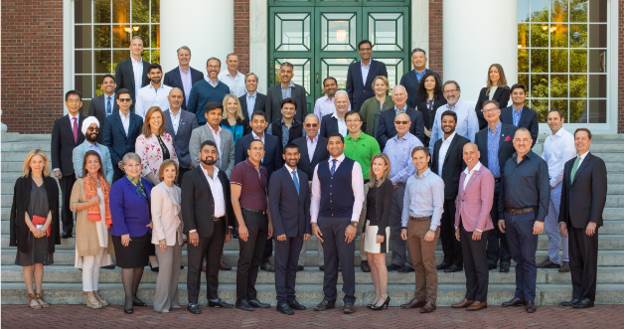 Geneva, Switzerland—Bad news keeps getting worse for the Baselworld watch and jewelry fair. The show, already half its former size at the 2018 edition, has apparently just lost its largest exhibitor. The Swiss newspaper Neue Zürcher Zeitung, in its weekend edition NZZ am Sonntag, reported Sunday that the Swatch Group, parent company of the Omega, Breguet, Longines, and Swatch brands, among others, is quitting the fair.

“The Swatch Group has decided not to be present at Baselworld from 2019,” the newspaper quoted Swatch chief executive Nick Hayek as saying. Reuters picked up the article. Hayek also gave an interview to CNBC in which he slammed MCH Group, Baselworld’s organizers, for its attitude and lack of transparency, and said his company—which is doing very well—doesn’t need to exhibit at a trade fair to benefit its brands.

Swatch’s exit follows on the heels of many other departures from the fair. Small independent companies were priced out first as the fair moved relentlessly upmarket, but larger companies like Stephen Webster, Timex, and Shinola have exited as well, while major global brands like Kering Group and Hermès have fled to SIHH in Geneva.

Following the dismal showing of the spring edition, managing director Sylvie Ritter—driver of the upmarket strategy—stepped down from her position in May. New managing director Michel Loris-Melikoff, who took over this month, told the paper the fair is doing everything it can to keep Swatch, while in a spot of good news for the fair, none of its other major exhibitors—including Rolex, Chopard, and LVMH—are planning to exit.

For major companies like the Swatch Group, total cost to exhibit at the fair has spiraled upwards of 50 million—as measured in either francs or dollars—for what is now essentially five days. Hayek blames the fair’s new exhibition building, a showpiece designed by noted Swiss architect Herzog & de Meuron that opened in 2013. But at a cool CHF 430 million, he says he has no desire to help amortize it.

Neither, it seems, do buyers. Travel and lodging for the show is now so expensive that many buyers are reevaluating the need to attend.  The 2018 event was two days shorter than prior years and left industry analysts are questioning the viability of the 100-year-old event.

Although clearly upset with MCH Group, Hayek didn’t rule out a return to the event in the future if the two sides can come to better agreement. But don’t look for any Swatch brands there in 2019, he emphasized.

Tel Aviv, Israel—Carats.io, the fintech startup company issuing the world's first-ever digital currency backed by diamonds, has signed a memorandum of understanding (MOU) with Celsius, a blockchain-powered global financial platform that allows its members to borrow capital and earn interest against their crypto-holdings. With the agreement, Carats.io's CARAT coins will be a featured stable coin within the Celsius digital wallet.

CARAT coins are fully backed by real diamonds held in secure vaults by the fintech company, enabling a stable currency. CARAT coins represent an inherently non-volatile alternative with an advantage among other cryptocurrencies, over volatile traditional cryptocurrencies.

For the diamond and jewelry industry—which has experienced a substantial reduction in available traditional bank financing—the new Carats.io-Celsius partnership provides financial solutions enabling them to both receive loans and earn interest on their diamonds holdings.

According to the MOU, Celsius co-founders, CEO Alex Mashinsky and COO S. Daniel Leon, will join the Carats.io board of advisors.

"Our company was created to bridge the gap between the traditional economy and the new digital economy, providing the checks and balances of former, with the freedom, creativity and innovation of the latter," said Eli Avidar, president of Carats.io. "Our CARAT coins are financially solid by design, in full compliance with all the regulations and protocols of the financial sectors, as well the governments and international agencies. We are convinced about the very significant contribution than can be made by non-volatile digital coins, especially when they are supported by an experienced and traditionally cautious business sector like the diamond and jewelry industry."

"Blockchain has the potential to reinvent how financial transactions are originated, managed and recorded across the globe," said Celsius CEO Alex Mashinsky. "At Celsius we are building a new suite of financial products for the digital currency market in order to bring the next 100 million people into blockchain. Our partnership with Carats.io and offering loans against stable coins is a key part of that plan."

New York, NY—The Twenty-Four Karat Club of the City of New York is putting a new spin on an old tradition: its annual Summer Outing will be combined with its Golf Outing, and both will be held Tuesday, August 14.

The Outing will take place at the New York Athletic Club’s Westchester location at Travers Island in Pelham, NY, and the golf tournament will be at the nearby Pelham Country Club. The picnic at Travers Island will feature a variety of outdoor activities, including a fishing trip in the morning and traditional lawn games like bocce, croquet, and horseshoes in the afternoon.

The day will conclude with drinks and dinner at Travers Island, featuring as always favorite summer dishes such as clams, lobster, corn-on-the-cob, and other specialties. Also during dinner, game winners will be announced and presented with their trophies, amid the traditional exchange of gifts among attendees.

While the Club’s historic January Banquet, now at the New York Hilton, is of course its best-known event, the Summer Outing is equally historic. The first Summer Outing was held six months after the Club’s incorporation in 1902 and, except for certain years during the Depression and both WWI and WWII, has been held annually ever since. Early outings were held in a variety of locations, ranging from Long Branch, NJ to Bath Beach on Long Island, before eventually settling into the New York Athletic Club’s Westchester location on Travers Island.

24 Karat Club members and guests gather on the lawn of the New York Athletic Club at Travers Island.

In recent years, the Summer Outing was held in late June, and the golf outing in mid-August, rotating among golf clubs around the New York area. Although the date change will feel new for current Club members, the 2018 Outing date of August 14 revives an old tradition that returns the event to its original late-summer timing. Furthermore, combining the Club’s golf tournament with the Summer Outing into one event instead of two separate events also is a return to its roots after many years of being held separately.

“Combining the two events [again] has been planned for a long time after much discussion and input from the board,” says Club chairman Jeffrey H. Fischer.

“Our Summer Outing is wonderful opportunity to spend some relaxed, informal time with a broad group of people representing all sectors of the jewelry and watch industry, says Larry Pettinelli, Outing event chair. "As I’ve grown in the industry, it’s been an extraordinary pleasure to be part of the Club with some of the most respected leaders in the industry,” he added.

Although more low-key than the Banquet, the Club’s Summer Outing is a highly sought-after event for members and their guests alike, offering an opportunity to mingle with colleagues in a relaxed, casual setting. Although some of the Club’s earliest traditions, such as the “carrot toss” are no longer held, its competitive games echo the famed baseball and softball rivalries between New York jewelers and their counterparts in Philadelphia and New England in earlier years.

The 24 Karat Club of the City of New York strives to provide its members, all industry leaders, to network among peers in a relaxed and congenial setting.