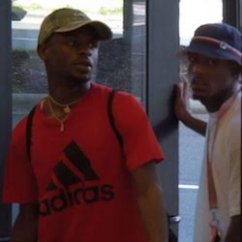 Columbia, SC—Two black male suspects (left), previously depicted in two JSA Crime Alerts and wanted for a total of 10 crimes including seven robberies and three grab-and-runs across four states, were spotted stealing again. The previous two alerts were May 24 and June 20, 2018.

On Monday, June 25, at 7:47 p.m., the suspects entered a retail jewelry store through separate entrances and inquired about watches. The sales associate’s keys were left in the key slot on the showcase while she presented a watch. One of the suspects reached over the showcase and forcibly removed the keys. He attempted to open showcases but was unable to remove jewelry.

JSA recommends that all store employees view this alert and are aware of this threat.

Crimes have been committed in South Carolina, North Carolina, Georgia, and Florida, says JSA, and warns jewelers, “Do not attempt to apprehend this group yourself. Call 911 if you can do so in a safe manner. Please notify JSA of any information regarding this group.” 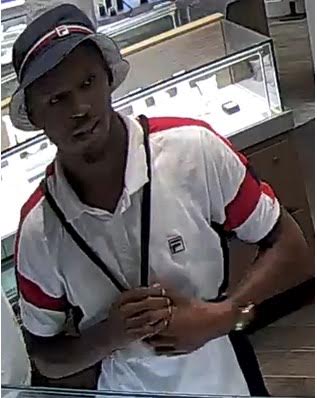 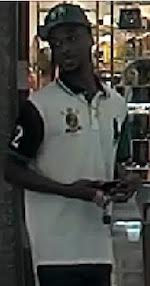 Security footage of the two suspects from Monday's robbery.

Separately, a suspect believed to have stolen two diamonds worth $158,000 from a Chicago jewelry store was arrested, InStore reports. The alleged thief, Tamaz Hubel, is suspected of having committed several more jewelry crimes worldwide. 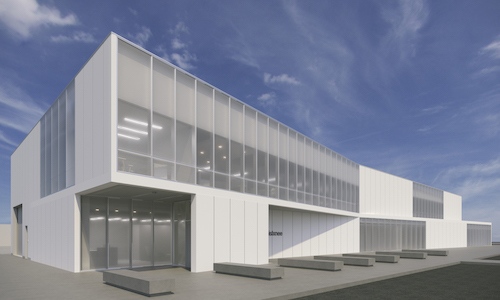 Two renderings of the new Element Six diamond-growing facility to be built outside Portland, OR. 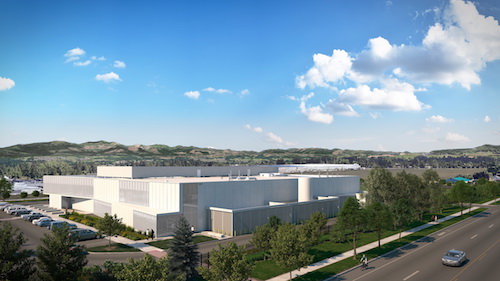 Element Six selected the Portland area for its new facility because of the access to manufacturing talent, as well as the city’s infrastructure and competitive power distribution.  The building, which is expected to be completed by August 2019 and begin production in 2020, will measure 60,000 square feet.  When fully operational, it will have the capacity to produce more than 500,000 rough carats of lab-grown diamonds.

Element Six says the new facility will create 60 new jobs for engineers, technicians, and other employees, and allow Element Six to manufacture its lab-grown diamonds in the United States. Its current manufacturing facility is in Maidenhead, UK. 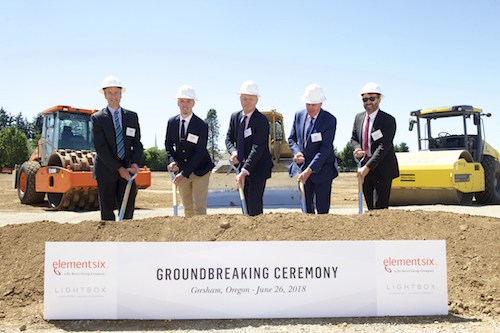 A. Jaffe Is Back On The Block Again

New York, NY--A. Jaffe is back up for sale, JCK reports. The company, one of the casualties of the Nirav Modi case, entered Chapter 11 bankruptcy in February, and was to have been sold to Paramount Gems in May. But that sale fell through when a New York bankruptcy judge failed to approve it, citing concerns about both the company's valuation and communications a company executive had with Modi.

New Chapter 11 trustee Richard Levin has requested a July 5 deadline for new bids for the company's assets--either in full or in part--with a possible auction to be held a week later if enough qualified bids are received. The original sale was for all A. Jaffe assets; the new sale will consider bids for partial assets such as inventory or intellectual property, if that recovers more for the estate.

Jewelers Bring Industry Messages to Capitol Hill
New York, NY – The Jewelers of America Political Action Committee (JAPAC) led a delegation of jewelers to Washington, D.C., on Wednesday, June 20, for the eighth consecutive year. The group met with lawmakers less than 24 hours before the U.S. Supreme Court announced a key decision on sales tax fairness, overturning the Quill decision prohibiting states from collecting sales taxes from sellers that do not have a physical presence in-state.

“Jewelers of America fights to protect retail jewelers. Sales tax fairness is just one of the important issues that is imperative to our members’ long-term success. Our overriding message to Congress was that they need to pass federal sales tax fairness legislation, regardless of the Supreme Court decision,” says JA president and CEO David J. Bonaparte. “With the case in the news and on the radar, it was an opportune time for JA to get that message out. We are thrilled that the Court has offered a path to level the playing field between online and traditional retailers and we want Congress to take the next step.”

As in prior years, the delegation met with a number of key lawmakers and congressional staff, including Senator John Thune (R-SD), the state that drove the June 21 tax ruling. He met with the group on Wednesday night.

“It remains critical for jewelers to speak up,” says JAPAC Board Chair Jenny Caro, owner of Jewelry by Designs in Woodbridge, VA. “We can’t have an impact if we don’t show up. We were pleased to have one of our largest delegations attend this year.”

First-time attendee Richard Saxon of R. E. Saxon Jeweler in Weirton, WV, was proud to have an opportunity to support the industry on key issues. “I believe we jewelers helped by giving back to the jewelry profession we all truly love,” he says. “I came home and heard the good news from the Supreme Court and was very proud to know my membership in Jewelers of America is working for the betterment of jewelers.”
In addition to sales tax fairness, jewelers continued to push Congress to protect LIFO, the last-in first-out accounting method used by many in the industry. Jewelers won a key victory in the fight to preserve LIFO last year, when repeal was kept out of tax reform. Also on the agenda was JA’s challenge to the Federal Trade Commission (FTC) to update its requirements regarding use of the “Made in USA” label. While the FTC currently asserts that the point of origin of the materials needed to manufacture jewelry is the only consideration required when determining whether the jewelry can receive the “Made in USA” label, JA believes the FTC should update its standards to reflect other factors related to jewelry crafted in America.

In addition to Senator Thune, the JAPAC delegation connected with other prominent members of Congress, including:

Jewelers of America members represented a variety of jewelry firms from all sectors, including:

To learn more about Jewelers of America legislative advocacy and JAPAC, the only PAC that supports the fine jewelry industry in Washington, D.C., visit www.jewelers.org/ja/advocacy. 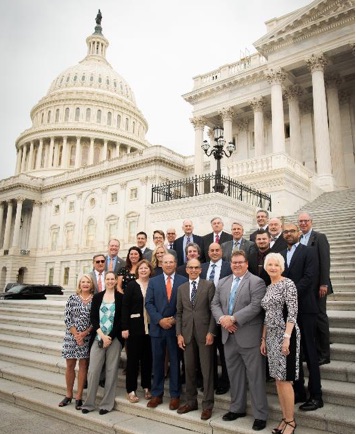 New York, NY—The Natural Color Diamond Association has introduced its first educational video, “Natural Yellow Diamonds.” The video, which is appropriate for both consumers and members of the trade, discusses the causes of yellow in diamonds, basics on light and color, ranges of color, systems for describing and grading colored diamonds, locations where yellow diamonds are found, differences between natural and synthetic stones, and comparisons between yellow diamond and other yellow gems, such as sapphire. The association chose yellow diamonds for its inaugural course because this category constitutes the largest opportunity in the colored diamond industry for growth in affordable jewelry.

Taught by Thomas Gelb, education director of the Natural Color Diamond Association, the video’s goal is to enable consumers and retailers to communicate with each other about yellow diamonds. Facts are presented in a way that is both easy to understand for the layman and accurate for professionals.

“It is important to go beyond the standard explanations that the scientific analysis of a grading report provides,” says Alan Bronstein, president of the Natural Color Diamond Association. “While it is important to breakdown some of the technical information, which we do, the public needs to feel encouraged and free to make a personal decision, based on the affordability and beauty of the color for them.”

The 30-minute video, which costs $100, will be useful for anyone in the trade who wants to romance yellow diamonds. Its information provides confidence to consumers and is meant to trigger conversations, giving retailers the chance to answer any additional questions their customers may have. “We feel confident that this tool will increase the desire and demand for natural yellow diamonds,” says Bronstein.

The Natural Color Diamond Association has also redesigned its website. “Our goal is to keep our followers up-to-date on scientific data affecting our members, changes in the market that affect values and availability, and how to create enthusiasm for sharing the unusual experiences of natural color diamonds,” says Bronstein.

Previous article:
Keep it Turning: In With The New, Out With The Old

Next article:
Retailers Disappointed By SCOTUS Ruling Over Swipe Fees