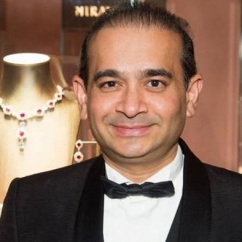 All the filings are due to the financial scandal involving the companies’ owner, Indian diamantaire Nirav Modi (left), along with his uncle, Mehul Choksi, head of India’s behemoth Gitanjali Group, although a statement from A. Jaffe sought to reassure partners and customers that the firm is not involved with any of the alleged misconduct in any way.

"A.JAFFE, leading New York-based luxury bridal brand, and its subsidiary, FFJ, are aware of the recent and unfortunate allegations of financial improprieties overseas. However, A.Jaffe and its core team here in the United States want to assure partners and customers that A JAFFE is not in any way involved with any of the alleged conduct that is the subject of the accusations," the statement reads.

Both Modi and Choksi were charged with criminal conspiracy and cheating Punjab National Bank out of approximately $45 million—but the amounts involved seem to keep growing by the week and later reports push that figure up to $1.8 billion with potentially more yet to come. Furthermore, the scandal may also include widespread synthetic diamond fraud in Surat. 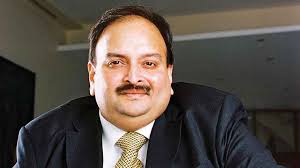 Both men are now in hiding, while the story has dominated both the press and social media in India the same way major corporate scandals do here. Nirav Modi is a well-known figure in the diamond world, blending next-gen business school savvy with a first-rate diamond industry pedigree and a social circle that includes both global political leaders and Hollywood and Bollywood royalty. Indian social media has blown up with the hashtag #FindingNiMo since the diamond mogul’s disappearance.

In addition to Modi’s wholesale holdings in the United States—including upscale brands A. Jaffe and Sandberg & Sikorski—he has three eponymous retail shops in the United States. His first opened in New York City in 2015 and he opened two more last November, one in the Wynn in Las Vegas and one in Ala Moana Center in Honolulu, HI. 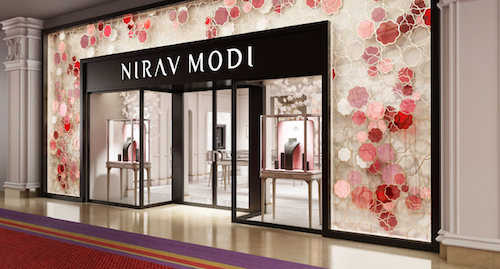 The Nirav Modi boutique at the Wynn in Las Vegas.

Gitanjali, meanwhile, is a global giant in the diamond, jewelry, retail, and watch sectors. In the days since the scandal broke, its stock has plunged almost 60% and the resulting fallout also dragged down the stock value of many other jewelry companies in India, as analysts wonder if similar situations will come to light with other jewelry companies and other lenders. (One exception is the Titan Co. Ltd., a division of multinational conglomerate Tata Group: its stock has risen 1.1% since the scandal broke.) Gitanjali owns a variety of diamond cutting, jewelry manufacturing and jewelry retail companies, as well as watch brands. Well-recognized names under its umbrella are the Samuels retail chain, Italian luxury jewelry brand Stefan Hafner, and Sector, Marvin, and Roberto Cavalli-licensed watches, among many others.

The A. Jaffe statement says the Chapter 11 restructuring is on the advice of its legal team to keep the separation clear and preserve its operations here. Although the firm acknowledged there is likely to be short-term disruption in manufacturing capabilities, its statement emphasized the brand’s long term core team and values. “A. Jaffe is 100 percent committed to all of our retail partners. The recent events will in no way harm the brand commercially.”

A report in JCK speculates the 126-year-old A. Jaffe brand will likely be sold. (Sandberg & Sikorski acquired A. Jaffe in the mid-2000s before being acquired itself by Firestar Diamond in 2007.) Firestar Diamond and Fantasy Inc. also plan to be sold, according to the statement released by the companies.

UPDATE: On March 28, JCK reported that Punjab National Bank (PNB) has filed a motion objecting to the sale of the companies. The motion asks that the plans for sale either be rejected outright or delayed by 30 days. At press time, the companies had not filed a response, says JCK.

Unfortunately for the global diamond and jewelry industry, this situation could go from bad to worse and have ramifications far beyond India. Blog posts by both JCK’s Rob Bates and National Jeweler’s Michelle Graff point out that after so many banks already have exited the diamond and jewelry industry, a scandal like this will only reinforce lenders’ reluctance to get involved in an industry that is hungry for financing but famous for its lack of transparency.

But an even bigger worry for jewelers is that this scandal might include synthetic diamond fraud in addition to financial fraud: Modi reportedly swapped rough diamonds he imported from Russia and Australia for low-quality natural goods and lab-grown diamonds which were then set into Modi-branded jewelry, with the help of multiple manufacturers in the Surat Special Economic Zone (SEZ).

No Jaffe merchandise has been tainted with synthetics. "A.JAFFE uses synthetic testers on all their pieces before anything is shipped. In addition, A.JAFFE is a member of the RJC (Responsible Jewellery Council) and strictly adheres to all of their guidelines. There are absolutely no concerns for any retailer or consumer regarding the authenticity of any A.JAFFE piece of merchandise," says a statement from the company.

While Jaffe's goods are clean, if there is widespread salting of Modi goods, it still can impact American consumer confidence in diamonds as a whole as the brand's U.S. presence, however limited, is one of luxury. Indian diamond industry leader Kirti Shah told the Times Of India, “The [enforcement directorate] should seek assistance of expert valuers to ascertain that the diamonds are not lab-grown in nature…Since Modi owned a reputed international brand, even lab-grown diamonds set in the jewellery were sold as natural diamond jewellery…” (He also stated, incorrectly, that those stones are undetectable once set into jewelry.)

If it is true that synthetics were used in jewelry without being disclosed, Indian diamond industry leaders believe it could not have happened without significant collusion—or at least a lot of people willing to look the other way. Former Surat Diamond Association president Dinesh Navadiya told the TOI that not one company in Surat has complained about losing money in the Modi scandal, something longtime leading Indian jewelry journalist Vinod Kuriyan, editor of GemKonnect, found very odd. He points out that if this is proven, it’s going to poke a huge hole in the nascent “Real Is Rare. Real Is A Diamond” campaign the DPA is undertaking, at least as far as Indian consumers are concerned. And as other leading diamond experts have observed in the past, prices will always sink to the level of doubt, and that's a huge worry for luxury jewelers worldwide.