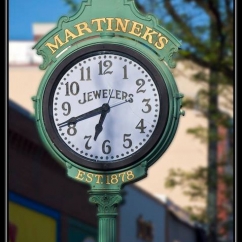 Traverse City, MI--Martinek’s Jewelers is closing after 144 years in business after its owner, Paul Everts wants to move on and retire.

According to a news report, the business, which moved to 950 Duell Road in 2013, is undergoing a liquidation sale.

Maintaining a client base was never a problem for Everts, 57, who purchased his business from his father in 1993. He became the store's sole owner after his father retired in 2008. “I have an unbelievable clientele — our clientele is very loyal," Everts says in the report. "We could go on and on.

“I just don’t have anybody to leave it to.”

The change is anticipatory for Everts, who, at this point, feels a bit tired. At nine, he started cleaning up the store, repairing clocks, and more.

There are more sentiments about the store's closing — read more in the entire report.