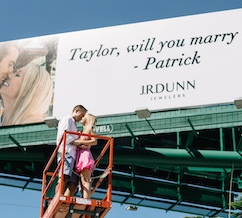 Lighthouse Point, FL—When J.R. Dunn Jewelers conceived of an innovative billboard promotion, little did the family-owned luxury jeweler realize how timely it would be. (All still photography images by Christina Cernik.)

The jeweler wanted to do something special and help one lucky winner propose in a very big way: in front of millions of people, on the busiest roadway in South Florida, Interstate 95. J.R. Dunn Jewelers launched the “Say It Big” billboard giveaway just before Valentine’s Day this year--just a few weeks before the COVID-19 pandemic virtually shut down South Florida and the rest of the nation.

Patrick Callahan of Delray Beach, FL was the lucky winner. Although he was announced as the winner in March, unfortunately COVID-19 forced him to reschedule his elaborate proposal multiple times.

Callahan was proposing to the love of his life, Taylor, on August 8 after six years of being together. One weekend in August, Taylor thought she was going for a birthday weekend trip down to the Florida Keys, but they made a pit stop at the Oceanside Deering Estate in Miami, a beautiful historical 1920’s estate and garden that was home to Charles Deering, the philanthropist and scion of International Harvester machinery.

At the center of the Deering Estate exterior, along the ocean, are two beautiful rows of palm trees, extending out onto the ocean. Patrick led Taylor to the center of this beautiful setting and proposed to her with a beautiful diamond solitaire engagement ring. (She said yes.)

After a celebration, the couple was driving up to a surprise dinner with all their closest family and friends, when they passed J.R. Dunn’s billboard, reading “Taylor, will you marry me? – Patrick” with one of their most coveted pictures together. Taylor was in absolute awe of the endless surprises Patrick had planned. Watch their proposal video to see her speechless reaction as they drove up! 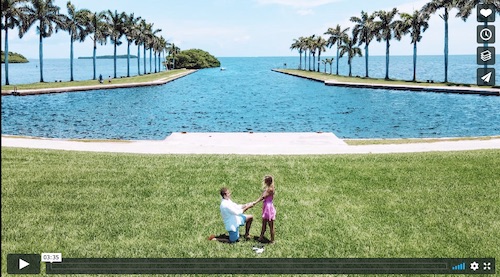 It doesn’t stop there. Callahan even arranged a lift to take the couple up for a photoshoot in front of the billboard! 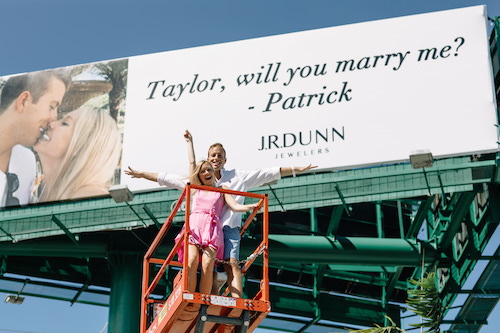 They continued the proposal with a weeklong journey down through the Keys, stopping at well-known locations along the way, including the Cheeca Lodge & Spa in Islamorada, until they reached Key West—all with little surprises and family members along the way.

Patrick definitely “said it big” and proposed to Taylor in such a special way, says Sean Dunn of J.R. Dunn. “A huge congratulations to the future Mr. and Mrs. Callahan and cheers to many more special moments like this epic South Florida proposal!” 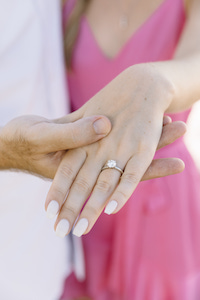 The only question now is, how will they top this for the wedding?