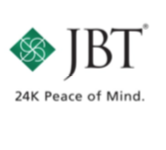 Warwick, RI—Fourth-quarter and full-year 2021 figures from the Jewelers Board of Trade show the number of U.S. retail jewelry stores continuing a very gradual decline, but not experiencing the kind of drop-offs seen a few years ago.

In terms of closings by region, the order was the same in the United States: 92 retailers closed in the Northeast, 72 in the Southeast, 52 in the Southwest, 49 and 48 in North and South Central, respectively, and 18 in the Northwest. In Canada, Alberta lost four retailers, Ontario lost five, and Quebec lost one.