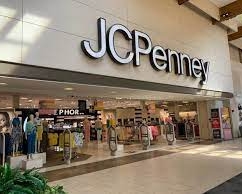 Dallas, TX—JC Penney has eliminated about 650 jobs across its corporate, field, and store teams, according to a report in Retail Dive. The cuts came following a strategic review of the business by its new owners, Simon Property Group and Brookfield Asset Management. Image, Montco Today: A JC Penney store.

But the company still employs about 50,000, and the article points out that without Simon and Brookfield having come to the beleaguered retailer’s rescue, it likely would have been shuttered altogether, its assets liquidated, and all employees left without jobs.

JC Penney entered Chapter 11 bankruptcy last year. At the time, it had about 85,000 employees. The company shed about 35,000 jobs as it closed stores and laid off corporate staff to make itself more attractive to potential buyers.

Simon and Brookfield, both mall landlords, were the only parties with significant cash to put up, says the article. But despite having been saved from oblivion, the JC Penney brand still has a tough turnaround ahead, says the report. It’s possible the two mall owners put up the money less to save JC Penney than to stem losses at their own mall properties and prevent a cascade of exits by other stores with co-tenancy clauses in their leases.