Medicine Hat, AB—“Industrial chic” is not the usual first choice of design style for most upscale jewelers. Avant-garde designer Todd Reed pulls off the look with ease in his Boulder, CO gallery, or occasionally a jeweler turns an unexpected space like a bank (Calhoun Jewelers, Royersford, PA) or gas station (Spicer Greene Jewelers, Asheville, NC) into a jewelry store.

“Roset by Reid is a household name in our corner of the world,” says CEO Duane Roset. The town of Medicine Hat, home of the store for nearly 40 years, is close to the juncture of two Canadian provinces, Saskatchewan and Alberta, and the U.S. border state of Montana. Roset's original store was in the downtown area, but when it came time to relocate, the jeweler had a vision to turn a vacant firehouse into a retail space. 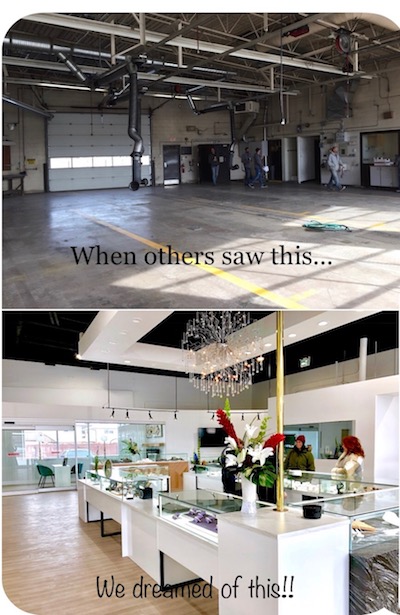 Where to start transforming a space that housed firetrucks into a space for gems and jewels? 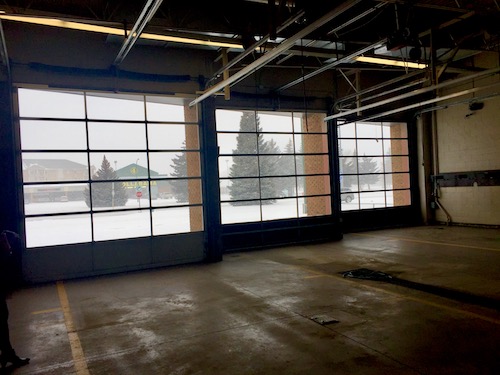 “We were determined to provide a luxury setting, yet with the warmth of a home and brightness of a hotel lobby,” says Roset. The huge garage doors became giant, albeit stationary, windows and a front door. The oil-splattered concrete floor became a blond wood floor. The utilitarian metal ceiling with its maze of ductwork stayed, but was painted a deep black and many of the pipes and fittings were moved to make room for a sparkling chandelier and the hanging light bars that define the space and provide illumination over the showcases. 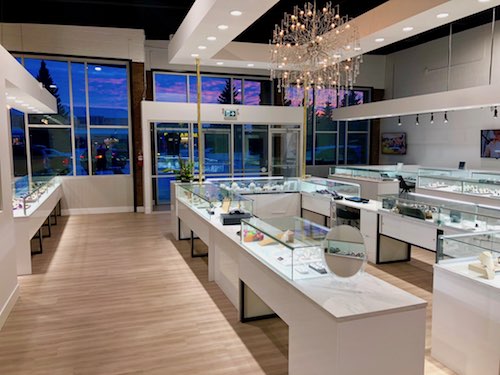 The fire hall theme is subtly present throughout, however. Two shiny brass poles are the first design element customers see as they enter, both reminiscent of the building’s former occupants and strategically placed to run electric and LAN wiring to the island display area.

Technology is a key part of the design. Having ditched traditional office equipment and all land telephone lines, the store operates on a matrix of iPhones and, while employees do have traditional business cards they prefer to use a digital card to a paper one. TV monitors in each boutique serve as online viewing monitors, and the jeweler just launched a new website. 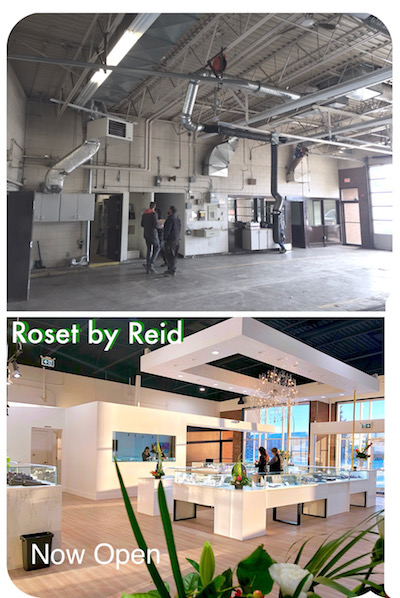 Before and after: the industrial ceiling stayed but got painted black, and some of the pipes and ducts were moved. The floor was covered with blond wood. Walls to define individual private boutique areas are left short of the ceiling to preserve the sense of openness.

The space is roomy (3000 square feet), yet manages to feel intimate with individual boutique areas to serve clients. There’s a kids’ play area with a 55-inch TV, a little gallery featuring photos of local scenes by a well-known area photographer, and high-end sales happen in a private area the jeweler calls “the vault.” 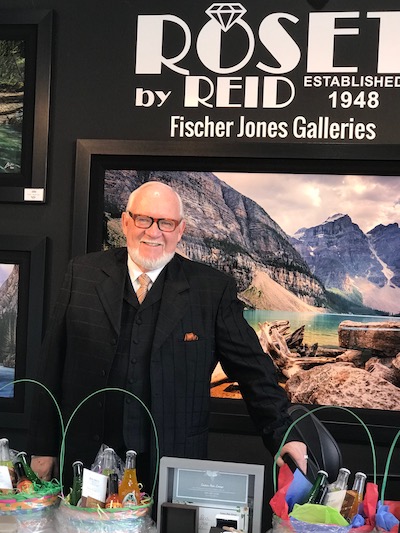 Duane Roset in front of his gallery wall.

“We understood what our customers wanted and decided to redouble our efforts to give them an experience,” says Roset. “There is likely not another store in Canada that would show the ‘industrial chic’ look we achieved. The first words to pass our customers’ lips is ‘wow.’ Our biggest happiness comes when customers tell us how special they feel.”

But it wasn’t just about making a statement with creative architecture. Chelsea Roset Siggelkow, Roset by Reid president, is married to a local firefighter, so having the store located in a former fire hall is a very personal and rewarding connection. Indeed, members of the firefighting community were on hand to celebrate and cut the ribbon at the new store’s grand opening March 24.