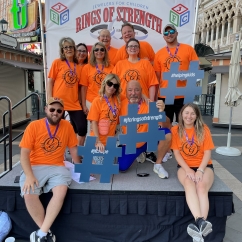 Las Vegas, NV--Jewelers for Children held its 10th Annual Rings of Strength Tour on Thursday at the Venetian Resort in Las Vegas, NV. This year an installment of the very popular event was also held during the AGS Conclave in Oklahoma City on April 25.

Nearly 70 persons assembled at 5:30 a.m. to either walk or run 5K along the scenic Las Vegas Strip. The participants who signed up built their own fundraising websites and collected more than $ 21,000 to support Jewelers for Children, JFC said in a statement. The event at Conclave raised over $ 10,000 and included 70 participants.  Since the inception of the event, more than $ 600,000 has been raised to support JFC’s charity partners.

"The Rings of Strength events have become a very big part of our program activity" said Eric Zuckerman, JFC’s VP for Special Programs. Having an opportunity for folks to get together and do something totally different from the usual. 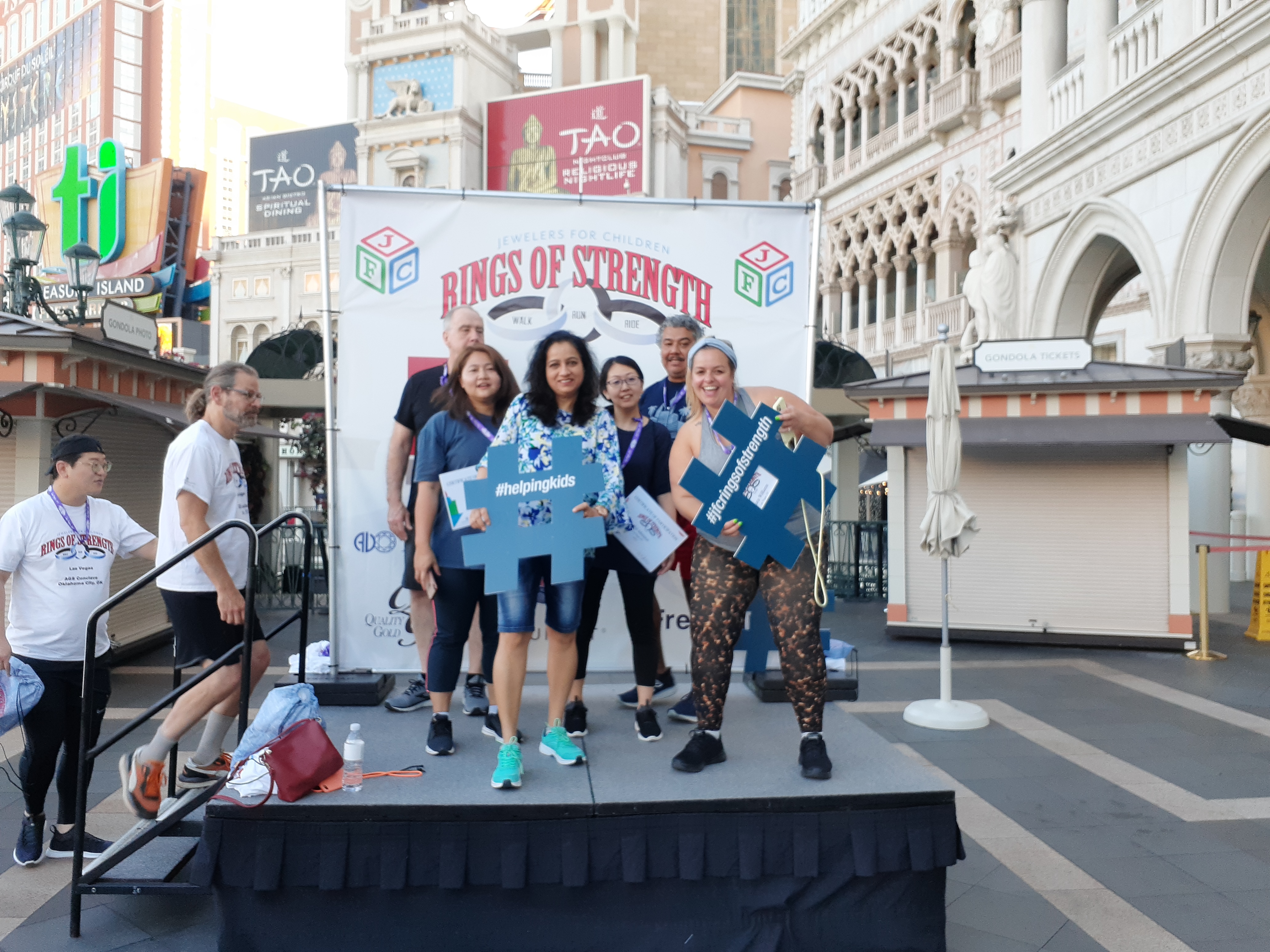 Credit for Both Photos: Jewelers for Children

The event attracted individuals, as well as teams, of industry supporters. Teams were organized by Quality Gold, Diamonds in the Rough, Kev & Momma, Sy Kessler, Team JCK and WJA. Cora Lee Colaizzi and the team from Quality Gold once again held the top position on the leader board raising the most as a team and as an individual.