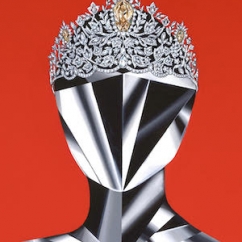 Toronto, ON—Designer and diamond painter Reena Ahluwalia has painted the Mouawad - Miss Universe Power of Unity Crown (image). The diamond painting was commissioned by Mouawad co-guardian Fred Mouawad, and will be auctioned to make a positive societal contribution and impact.

In the past Ahluwalia has painted a series of historic Mouawad diamonds, including the Mouawad Dragon and the Mouawad Dynasty.

“I paint diamonds to celebrate nature, our shining human spirit and humanity. I believe we all are like diamonds—we come in all colors, we are brilliant and full of potential,” said the designer. Using red and black to depict passion and strength, Ahluwalia’s painting features an empowered woman in the form of a diamond, wearing the Mouawad Miss Universe Power of Unity crown. She envisioned the diamond woman figure filled with light, limitless potential, who confidently carries the resolve of being an agent of unity and greater societal good presented quite literally as the crowning glory of the painting.

The Power of Unity Crown is a partnership between legendary diamantaire Mouawad and The Miss Universe Organization. The crown is estimated to be worth US $5 million, making it the world's most expensive pageant crown on record. The Mouawad-designed and crafted crown features 1,728 white diamonds and three golden canary diamonds originating from Botswana. The crown’s centerpiece, a magnificent golden canary diamond weighing 62.83 carats, signifies a woman’s inner strength and reminds us that in unity, lies power.

"The interconnected vine motifs set with diamonds are symbolic of how through forging bonds among communities around the world, we can empower one another to become a force for good," said Fred Mouawad. "Likewise, the crown's name, 'Power of Unity,' is a message to the world to unite in the cause of humanity.” 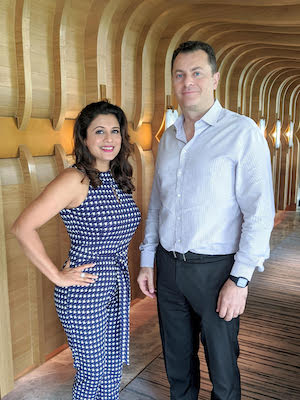