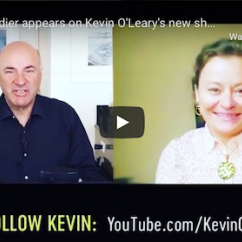 New York, NY—As many jewelry designers and manufacturers can attest—usually by learning the hard way—when a retailer declares Chapter 11 bankruptcy, it can be very hard to get back any goods they’ve put into the store on consignment. Even with meticulous recordkeeping and proof of ownership, there’s still a mountain of red tape to navigate.

Acclaimed jewelry designer Alex Soldier had about 80% of his inventory on consignment with Neiman Marcus, where he’s one of the leading brands in the retailer’s Precious Jewels Salons. So when the legendary department store announced it was filing for Chapter 11 in the midst of Covid-19 pandemic, Soldier’s daughter, Maria, who runs the business side of the company, knew that something had to be done right away to get their inventory back and save their family jewelry business.

Maria had done everything right in terms of paperwork, but she still was having trouble reaching anyone at Neiman Marcus or getting them to call her back so that she could get the designer’s inventory returned. But while Alex Soldier may have been one of the jewels in Neiman’s crown, so to speak, in bankruptcy he was just one of many equally-desperate luxury brands trying to get paid or reclaim consignment merchandise.

Desperate times call for desperate measures, says Maria, and what initially sounded like a crazy idea ended up being a salvation for the business. She reached out to Kevin O’Leary, aka Mr. Wonderful, for help. O’Leary, known for his appearances on both Shark Tank and Dragon’s Den, has a new show on CNBC called Money Dispute.

O’Leary put Maria on the show, called Neiman Marcus on her behalf (they did return his call!) and the rest, as they say, is history. O’Leary was able to connect Maria with the head of the fine jewelry team, who assured her that Alex’s jewelry would soon be on the way home. Indeed, by last week it was back in the designer's New York City atelier, and Maria made another video to thank O'Leary and show him some of her father's work.

Click here or on the image below to see Maria's appearance on Money Dispute alongside O'Leary. 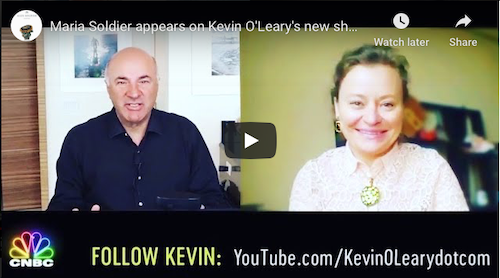 After Soldier's jewelry arrived back at his gallery, Maria made another video with a personal message from the Alex Soldier family to O'Leary. Soldier also extends a special thanks to Luke Bauer and his amazing CNBC team for all their dedicated help and support and to Larry Pelzel and the Neiman Marcus jewelry team for their timely assistance. Click here or on the image below to watch her gratitude and see some of Soldier's collection. 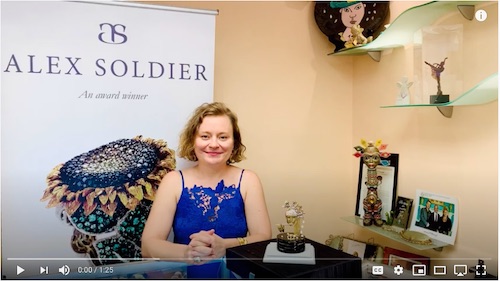