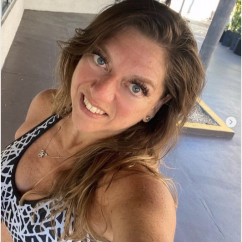 Surfside, FL—Members of the jewelry industry nationwide are anxiously offering prayers for the safety of Estelle Hedaya (image), who lived in the Champlain Towers South condominium that collapsed Thursday morning. She remains unaccounted for, along with 150 other people who lived or were staying in the building.

Hedaya, 54, is the operations manager for the Continental Buying Group and Preferred Jewelers International, a position she’s held for about six years.

“Estelle was my succession plan and was right on track,” CBG president Andie Weinman told National Jeweler in an article published on Friday.

“We just had our show in Vegas and had never seen her as happy and thriving in her career. She is exceptional working with this organization.”

Joe Murphy, Weinman’s husband and partner in CBG, regularly posts updates on Facebook. Additionally, many members of the industry have added a special “Pray For Estelle” profile photo frame on Facebook, designed by Julie Blankenship of Bluestar Applications. 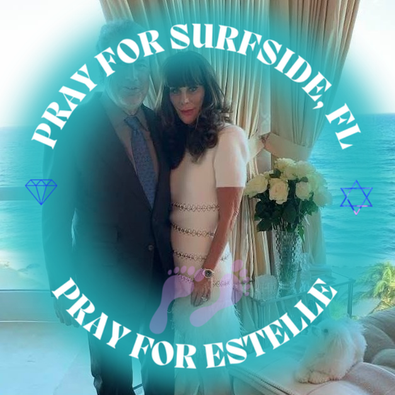 Debra Golan, a realtor and college friend of Hedaya’s, talked to the Washington Post for an article about the still-missing people. Golan shared the non-jewelry side of Hedaya’s life: her personal blog, “Follow The Toes,” which chronicled dieting, food, and spa visits, and her affection for Golan’s cat, Izzy, whom she happily babysat whenever her friend traveled. The two had spent over an hour on the phone Wednesday evening, hanging up at 10:25, said Golan.

“That’s the last we’ve heard of her,” she said in the Post article. “I called her a million times today [Thursday] and she doesn’t pick up, you know what I mean?”

At press time, nine people were confirmed dead and 150 more unaccounted for. Search-and-rescue operations were ongoing around the clock, despite a fire in the rubble that further complicated those efforts before being brought under control on Saturday. Additionally, an engineering firm’s report from 2018 was released over the weekend, showing the building was in severe need of structural repairs that had not yet been done. 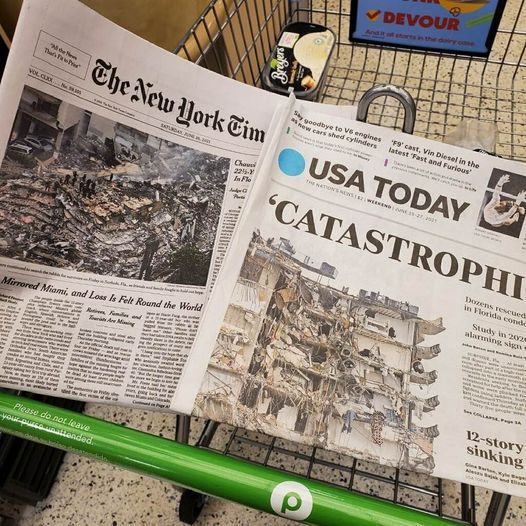 CBG's Joe Murphy posted these newspaper photos of the remains of the building where Hedaya lived.