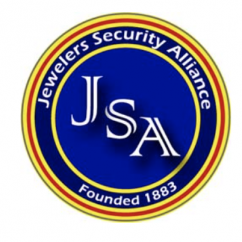 According to affidavits used in charging the defendants, when Salt Lake Police released pictures of the suspects, JSA contacted Salt Lake Police to inform them that they immediately recognized the suspects as being involved in a series of eight different robberies out of California over the past four months. The suspects are now charged with aggravated robbery, a first-degree felony.

Comment: JSA tracks crime against jewelers, and works with the police and FBI on a daily basis helping to identify suspects and crime patterns, and putting police personnel in different jurisdictions in touch with one another on related cases.

For more on this story, go to the Deseret News at: https://www.ksl.com/article/50136068/2-men-charged-in-2019-halloween-jewelry-store-robbery-in-salt-lake-city

Next article:
Suspect Asks For The Largest Diamond Bracelet and Then Runs With It