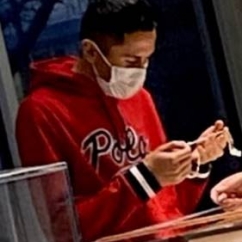 In the first repeat instance, a grab-and-run suspect who stole merchandise from three suburban Philadelphia jewelry stores in the fall has hit two more in the region. Four of the five stores are in southern New Jersey just acros the Delaware River from Philadelphia, but one is in Oxford, PA, about an hour south of Philadelphia on the Maryland border.

At 3:50 p.m. on 12/31/20 the suspect asked to see diamond rings in a mall jewelry store in Oxford, PA. Only one item was presented at a time, and the suspect asked to take photos of two of the rings he had been shown to send to his sister. After taking the photos, the suspect grabbed a diamond engagement ring and ran from the store.

The same suspect then hit a mall jewelry store in Blackwood, NJ, about 15 miles from Philadelphia. At 6:00 p.m. he was looking at diamond rings and asked for a comparison for a 1.50-carat solitaire ring. The sales associate had possession of a second smaller ring on a pad. Suspect had the larger ring in hand, then grabbed the second ring and fled with both.

The suspect is described as mid-20s, 5’5”; and with a thin build. He was wearing jeans with a black belt and M buckle, and a blue fanny pack across his chest. He also had a large watch with a black face on his left wrist. 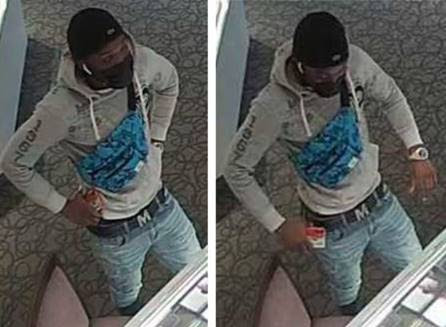 The suspect in the Oxford, PA theft, above, is seen below in a blurry image from the Blackwood, NJ store. The same blue fanny pack is visible across his chest, and the timing and distance between the two thefts--3:50 p.m. and 6:00 p.m., 60 miles apart--is plausible. 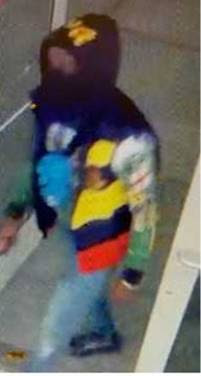 Separately, two suspects in Colorado are believed to be responsible for three grab-and-runs.

The Hispanic male suspect pictured at the top of the page entered a retail jewelry store in Westminster, CO, with two other Hispanic male suspects. The suspects said they wanted to look at gold chains for one of their cousins, displayed a large wad of cash as they looked at merchandise, and asked if they could pay with cash. Two suspects started to leave, stating their ride was there, while the suspect who was looking at a chain grabbed it and all three fled in a white Ford F150 pickup.

They also are believed to have committed grab-and-runs in Loveland, and Greeley, CO on 01/13/21, always fleeing in the white Ford pickup. The suspects are described in their 20s. The pictured suspect is described as 5 feet and 6 inches and 130 lbs. The other two suspects were described as 6 feet, and 5 feet 10 inches. 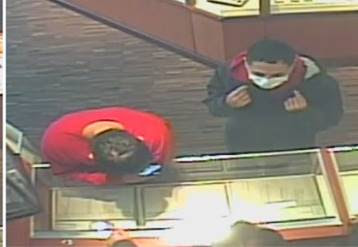 JSA warns that three or more persons entering a jewelry store together is a red flag requiring extra caution and observation, and also that suspects displaying wads of cash is another red flag.

Anyone with information on any of these crimes is asked to contact JSA at (212) 687-0328 or jsa2@jewelerssecurity.org.