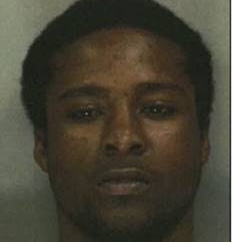 Kennesaw, GA—A would-be robber was shot in the stomach on May 6 during a gunpoint robbery in a retail jewelry store in a mall. At 3:20 p.m. three masked suspects entered the store and carried out a gunpoint robbery. One suspect, Marquavis Wilson, 24 (image), was shot in the stomach by an armed security guard, and the suspects fled with several watches.

Police stated that one employee suffered a superficial injury during the robbery. The suspect who was shot was later dropped at a hospital and arrested, and police are searching for the other two suspects. Shoppers were running in panic and finding hiding places in the mall after shots were fired, and the mall remained closed through the rest of the evening.

Separately, a white female suspect (below) in High Point, NC, pointed to the largest gold chain in a retail jewelry store when asked what she was looking for. She said it was to be a gift. When the sales associate was holding it in her hand, the suspect grabbed it and fled, but could not open one of the doors. She turned to the sales associate and said, “Do not come after me, I have a gun.” She then exited the store. The suspect is described as 50 years old, 5 feet and 10 inches, medium build and with a large belly. 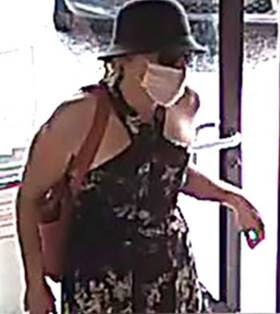 Anyone with information on either of these two incidents should contact JSA at (212) 687-0328 or jsa2@jewelerssecurity.org.

Next article:
Huntington Jewelers To Give Away $100,000 In Promotion