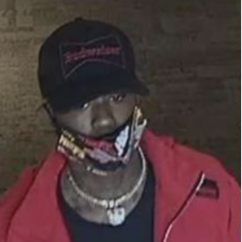 At 5:45 p.m. the black male suspect pictured above asked to see 2 ct diamond tennis bracelets. After being shown a few, and after further conversation, the suspect moved to the mens' rings, and tried on several items which he returned.

The suspect then left the store, allegedly to get his driver's license. When he returned he was shown more items and had a ring on his finger, was shown an anniversary band for his girlfriend, and a tennis bracelet. The suspect grabbed the tennis bracelet from the sales associate and fled with all three items.

The suspect is described as late 20s to early 30s, 5 feet and 9 inches, medium build, with dreadlocks slightly past his shoulders. If you have information, contact JSA at 212-687-0328 or jsa2@jewelerssecurity.org.

1. Show one item at a time. Grab and run criminals will often ask to see multiple items at the same time.

2. Grab and run criminals may begin by asking to see lower-priced items, and work up to higher and higher-priced items in a completely different merchandise category.

3. After being shown a high-priced item, grab and run criminals may leave the store, and return shortly thereafter, perhaps multiple times, asking to see the same item again, trying to get the safest time to do the grab and run. 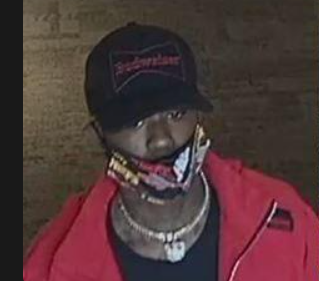 The suspect pictured below carried out a grab and run at 4:15 p.m. at a retail jewelry store. If you have information, contact JSA at 212-687-0328 or jsa2@jewelerssecurity.org. 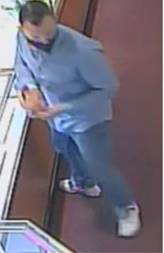 At 5:12 p.m. the male suspect pictured above was shown three items in a retail jewelry store, one at a time. He was assisted by a second sales associate and asked to see larger chains. After he was told the price of the chain he was being shown, the suspect fled the store with the chain. It is reported that this is the same suspect who carried out a grab and run from another Culver City jewelry store on 05/02/21.

The suspect is described as 25 to 35 years old, with slicked-back hair and tattoos on his hand and fingers. If you have information, contact JSA at 212-687-0328 or jsa2@jewelerssecurity.org.