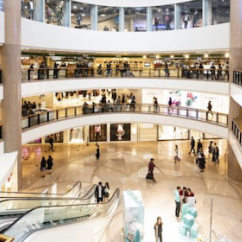 Washington, DC—Retail sales in July continued to recover from the impact of the coronavirus pandemic shutdowns, growing more slowly than the month before but adding to the strong turnaround seen since this spring’s declines, say figures from the National Retail Federation. Image: Zenreach

“Retail sales for July were another positive step in the right direction as our economy continues to slowly reopen,” NRF president and CEO Matthew Shay said. “Americans are showing their continued resilience and willingness to spend in the face of this unprecedented pandemic and government actions to date have clearly supported consumers and the economy in this process.” Retailers nationwide also have demonstrated that their stores and supply chains can be operated safely and effectively, he said.

U.S. Census Bureau figures said total retail sales rose 1.2% in July vs. June, and up 2.7% year-on-year. NRF, however, excludes automobile dealers, gas stations, and restaurants from its calculations to get a more focused picture. Its figures showed July up 1% from June but 10% year-on-year. The biggest gains went to electronics and appliance stores, which rose 22.9% month-over-month (seasonally adjusted). This reflects more computers being sold for home offices and online learning, and more appliances being sold as a result of home improvement spending and higher home sales.

“Retail sales are starting the third quarter on a solid footing considering the nosedive we saw this spring, but we have to remember that there’s uncertainty about economic policy and that the resurgence of the virus is putting pressure on the fledgling recovery,” Kleinhenz said. “While households are spending, they are anxious about their health and economic well-being, so they are being pragmatic. The amount of uncertainty about forecasting is huge as we look toward the second half of the year, and what happens with the economy comes down to what the coronavirus allows us to do.”

Kleinhenz is not alone in his assessment. Luxury Daily also reported that retail foot traffic numbers are again retreating. After promising-looking increases in foot traffic after spring’s shutdowns, the newly retreating numbers reveal a far more nuanced picture of retail—and possibly a glimpse of what’s ahead.

In June, his company did a trend-line “return to normal” forecast based on extrapolating the data it was seeing at the time, which at that point was two solid months of steady increase. But that was predicated on not having any new spikes in COVID-19 cases, which he warned likely would push those dates back. “Sure enough, those events have taken place, and retail traffic nationwide has started to dip again. As a result, we do not see a ‘return to normal’ date this year,” he told Luxury Daily.

“These numbers vary widely by state, with 'Optimistic States' seeing traffic levels bounce back above 50 percent in June and stay that way through July, while 'Cautious States' saw traffic levels that stayed below 50 percent. In August, by contrast, we’re seeing a near-full reversal: the 'Cautious States' have rising numbers of foot traffic and falling numbers of new COVID-19 cases, while the 'Optimistic States' are now seeing drops in foot traffic along with spikes in infections.”

One ray of hope, though: the rapid rebound of the stock market may foretell a better-than-typical recovery for the luxury sector, says the article.

Previous article:
Pandora’s Q2 Sales Down But Online Growth Up 176%

Next article:
The Crisis Proof Side Of Watchmaking