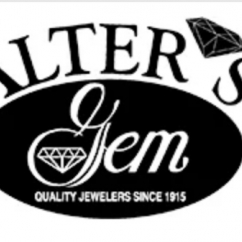 Beaumont, TX--Southeast Texas-based Alter's Jewelry announced earlier this month that it would not be placing orders with manufacturers sourcing from Russia.

The store's managing owner Brian Alter told Beaumont Enterprise that he took the decision after speaking with his manufacturers, designers, and suppliers - to understand if they were standing with him on this decision. The decision was a rather important one - impactful too, as Russia accounts for about 30% of the world's rough diamond production.

"We belong to a very powerful buying organization called Continental Buying Group, and the group has always taken a front step on any of these things that are important like the Patriot Act or blood diamonds, or any of these issues," Alter told the outlet in the interview.

The attorney prepared the necessary documents that said that "they are no longer using directly or indirectly products that are supplied by or manufactured in Russia."

Alter's Gem Jewelry soon got 300 manufacturers to sign the document.