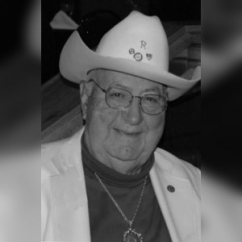 Read was born on a farm near West Salem, Ohio, on February 8, 1926. He entered the airforce at 18 and served in the military before being discharged in 1946. He learned to repair watches after his return from the service and worked at Schubach Jewelry in Boise.

Read later opened his store in 1963. The business has moved to several locations since then. Read, and his two sons opened the Meridian location 21 years ago, and the store's been there since.

Read recalled the days of starting his business during an interview in 2020. “I would come by at 9 o’clock in the morning and work until 9 at night, and repair watches while I helped customers,” he said in the report.

Read retired 30 years ago after passing the business to the next generation. The family closed and consolidated its smaller outlets in 1999 before moving to its 10,000-square-foot location.

Learn more about Read's life in his obituary and this report.