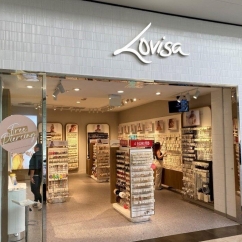 A report by LancasterOnline states that the store was opened earlier in March in the J.C. Penny wing of the mall. The new outlet features a range of jewelry, such as necklaces, rings, bracelets, and earrings.

Lovisa's history dates back over a decade. Its first store was opened in Australia in 2010. It has now expanded to 544 stores in 20 countries, with 63 being in the U.S.

“I’m proud of what the Lovisa team has achieved in the past 12 years, and I am very excited to pass the baton on and watch Lovisa continue its global expansion,” Lovisa's former chief executive and managing director Shane Fallscheer had said in an interview published in October 2021.