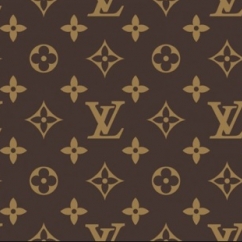 London, United Kingdom—Six out of the top 10 top global luxury brands have lost value since 2008, according to the BrandZ Top 100 Most Valuable Global Brands 2010 report.

Brands that emphasized heritage and enhanced exclusivity, such as Hermes, did better than brands that pursued the mass market, says the report. Some brands, such as Gucci, cut back on fashion-forward merchandise in favor of a return to their roots, in this case equestrian styles. Louis Vuitton, which BrandZ rates as the most valuable luxury brand over the past five years, bucked trends and increased prices during the recession, investing in creativity and focusing on quality.

Many luxury brands and categories were buoyed by sales in Asia, especially China, where bling is still the thing for those who can afford it. Sales of luxury goods as a badge of status have declined in the West but still are strong and expected to continue in Asia, says the report. Likewise, sales of luxury jewelry and watches at the lower end of the luxury range ($3,000 to $4,000) remained strong in China even if they struggled in the West during the recession.

For the next 12 to 18 months, BrandZ predicts that shoppers in the West will seek investment pieces rather than frivolous indulgences, purchases will be more carefully considered, substance and craftsmanship will matter more than style or bling, digital media will be critical for reaching consumers, and corporate social responsibility will be a key strategy in making consumers feel they have “permission” to spend. A small segment of luxury consumers, however, has grown tired of so much seriousness and may return to wanton spending, BrandZ predicts.

The study was conducted by Milward Brown Optimor. Download the entire report here.