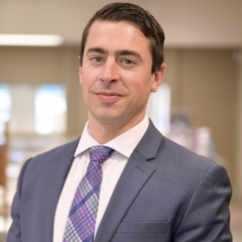 Waterville, ME--Joe Corey, 35, was named in the Jewelers of America's 20 Under 40 in Jewelry Retail List.

In an interview with local television station Wabi 5, Corey talks about how he unofficially got started in the family-owned Day's Jewelers retail business when he was just five years old.

"I started when I was a young boy around Christmastime going and helping my father in the stores. From cleaning glass to engraving, to general maintenance," Corey tells the outlet.

Corey took over the business from his father, Jeff, around a year ago. He oversaw operations as president while the company witnessed record-breaking growth for the past two years. He credits the company's success to its employees.

Day's Jewelers is now employee-owned and has eight outlets in Maine and New Hampshire. Corey's family finds a deep ongoing connection with the business, and his son's getting acquainted with the work.

Read more on Day's Jewelers' success and Corey in this complete report.