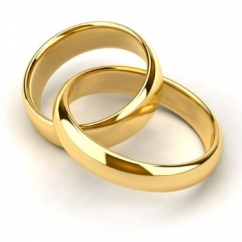 Indeed, with an estimated $884 billion in disposable income, the LGBT (lesbian, gay, bisexual, and transgender) community is a huge market category for retail jewelers to target—and it’s one that so far hasn’t gotten much attention. But this market is poised to expand, presenting jewelers with a significant opportunity to grow their bridal business.

Perhaps you’ve wanted to reach out to that community before, but weren’t sure how. A new organization, the Jewelers Equality Alliance, is here to help. Helmed by Matthew Perosi, (you may know him from JWAG, which educates the industry on all things Internet/online and also Sapphire Collabrative) this brand-new non-profit trade organization offers training to jewelers so that they can speak with same-sex couples the same way they do with “traditional” couples.

The first lesson is that words matter. Why define customers as “traditional” or “same-sex?” asks the JE Alliance website. It says, “We'd rather just say ‘couples’ and drop the ‘same-sex’ part…Marriage equality means that you don't have to specify the difference between a gay wedding and a straight wedding, they are just weddings.”

This is a point that sales associates need to know--train them to just say “couples.”

Words are not all that matter. JE Alliance also offers information about these topics:

The backstory. The Centurion spoke to Perosi about the new organization’s roots. It was a tale of lost (and botched) sales opportunities, and likely represents the experiences of many in the LGBT community.

Perosi started in the jewelry industry in 2003 with his business partner George Blair IV. Each was out of the closet with friends and family but they were not vocal about their personal lives otherwise. “People knew we were gay,” said Perosi. “As we acquired business, sometimes we’d get a negative vibe. Often it was from those who didn’t view the LGBT community with equality. So for a long time, we did not talk about our personal lives at all.”

Meanwhile, one by one, states were increasingly allowing same-sex marriage, leading up to the recent Supreme Court ruling making it legal in all states.

Perosi got engaged during Christmas of 2010 to his now-husband, Jamie Perosi-Doughty. When Perosi heard the story of his then-fiancé’s experiences selecting a ring, he called it gut wrenching. “He had such a terrible experience,” said Perosi. “He walked into four different jewelry stores. They didn’t throw him out, but their bottom line was ‘No, we don’t carry engagement rings for men. Why would we?’” That experience didn’t stop him, but each of those jewelers missed both a sale and an ongoing jewelry-buying relationship that likely would have gone on for decades.

After his experience, which he referred to as “walking into a florist shop to buy a car tire,” Jamie found a store online (in London) that helped him. His friends and family provided feedback on the ring he eventually found and ordered for Perosi, in time for a Christmas proposal.

Perosi and Doughty ended up getting married twice last year: first in France, where it was already legal (and where Doughty was), and then again in the United States. That gave the pair two sets of wedding rings (Perosi wears five rings total) and two sets of wedding photos. The photos will be turned into part of JE Alliance’s stock photography program for its supporters to use. 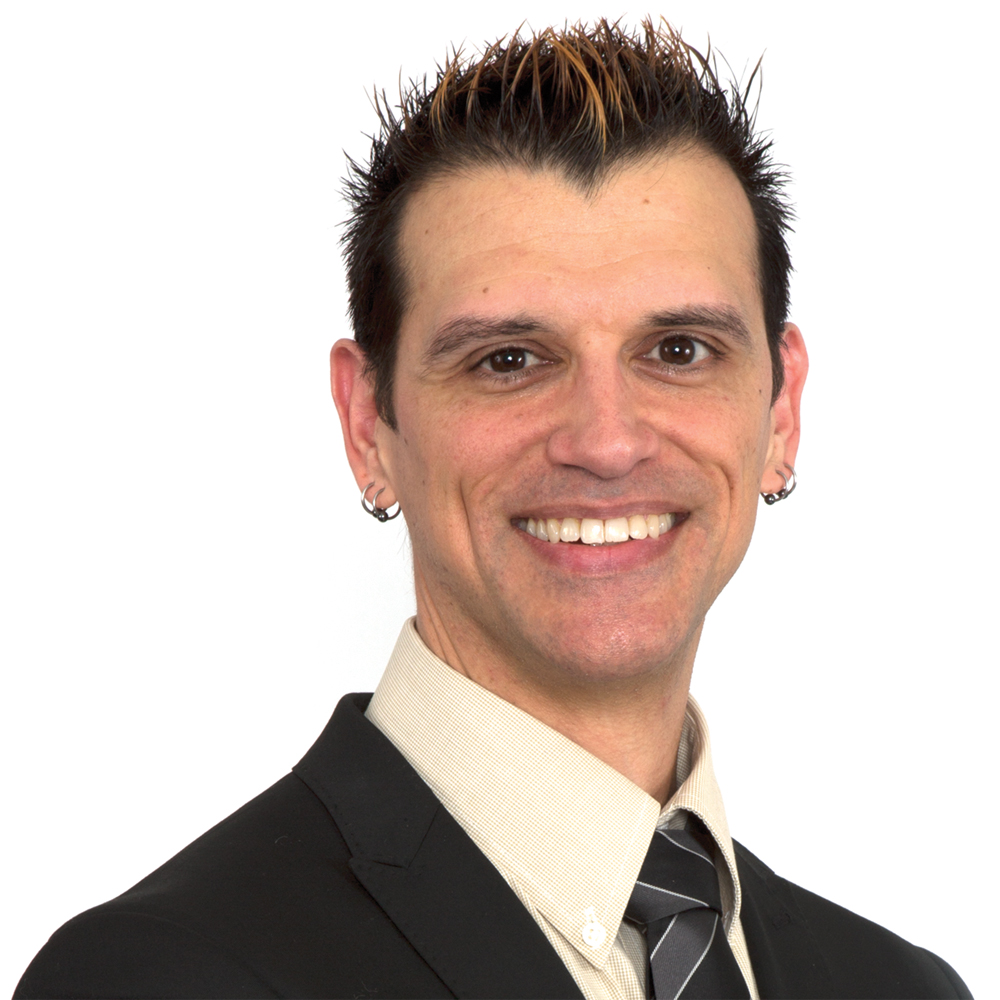 Create the better sales experience. LGBT customers are like any others, and with a little training, you can easily attract them into your store and serve them well. But without training, it’s easy for retail sales associates to start off on the wrong foot. Think of the usual conversation when a man comes in a jewelry store to shop:

Sales Associate: “What can I show you?”

Typically, the next question is: “What does she like?”

“As a follow-up, how about ‘Congratulations, tell me about them.’ Or ‘Congrats, tell me what they are like.’ No assumptions,” says Perosi, who says the neutral pronoun “they” and not mentioning specific “he” or “she” is one good way to move forward.

For buyers and merchandisers, Perosi has some additional advice. “Many lesbians do want diamonds. Females often grow up dreaming of the day they would wear one. But many gay men want something less traditional. Many prefer stones other than diamonds in their wedding jewelry.”

It’s important to remember that LGBT customers are a group with no similar characteristics, says Perosi. “We intersect with all other groups. We come in all shapes and sizes, in all colors. We cross all boundaries. When you think of gay or lesbian, you may have a certain look in mind. It’s time to lose the stereotypes. Few people fit those.”

Perosi shares another wedding story from a friend. “I was invited to a wedding in 2014, a small civil ceremony,” says Perosi. “When I asked to see the rings, my friends sadly said, ‘We don’t have rings. Are we allowed to buy them?’ That friend had never seen same-sex rings, never known anyone who was wearing them. He ended up borrowing rings from one of the females present and the couple still wears them today.”

As mentioned earlier, Witeck Communications pegs the total disposable income of the market at $884 billion. While not all gay couples are affluent, the LGBT market still is one that can end up spending quite a lot of money on jewelry. Business Insider reports that gay households have 23% higher median income and 24% more equity in their homes and are significantly better set for retirement than non-gay households, and they’re inclined to spend. 26% of gay men surveyed said they’re willing to pay top dollar for quality brands, and 30% of respondents spent for a major vacation in the previous year.

Also, most are not raising children, which frees up a lot of disposable income. “As a community, some are adopting, some are using science to have our own children, but the community is still building,” says Perosi, “Plus, we like to look good. We spend less money on raising a family and we have more money to spend on adorning ourselves.

“Market to us,” invites Perosi. “Show us what will make us look and feel good. Know what we are interested in. Maybe it’s not your standard jewelry; many of us are looking for something more unique.”

But he cautions, “Don’t just stock rainbow jewelry and think you’re done. That represents our community; we don’t all want to wear that. Give us options.”

Bottom line. Selling jewelry is about connecting with the customer, regardless of beliefs, color, income, or profession. You can be an atheist and sell to a religious person, or vice versa. You’re in sales, but you can sell to an engineer. And many salespeople routinely sell jewelry they personally can’t afford to customers who easily can afford it. What is the common denominator? Find that and connect. And make the sale. And build a stronger customer base and improve your bottom line.

About the Jewelers Equity Alliance:

Information is available from the group through their website, newsletter, webinars and seminars. “People can be participants or supporters,” said Perosi. “For only $50 a year donation, they will receive a newsletter talking about recent headlines and establishing the LGBT point-of-view on them. 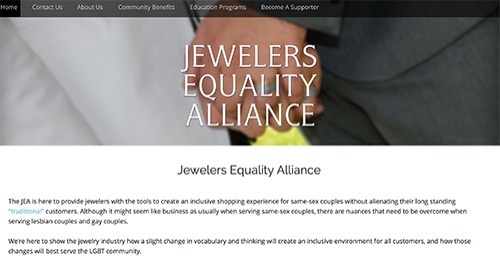 “For instance, many sales associates will talk relevant headlines with their customers as they are getting to know them. For some, that’s football scores or celebrity news depending on the customers. For those getting to know the LGBT community, focusing on the lack of rights for gay men in Kenya or talking about Caitlyn Jenner may be topics they bring up since they have been in the news lately. However, those are not the best choices and JE Alliance’s newsletter, Clarity, will address current events and which ones to discuss with customers from the LGBT community.”

For more information about this market, here are some of Perosi’s blog posts:

Wake up With the Same-Sex Engagement Ring Market

Would You Rather Sell Bridal Jewelry or Engagement Rings

Marriage Equality: How Can Jewelers Embrace It