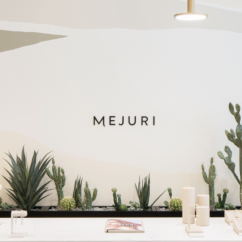 Toronto, Canada--Mejuri plans to nearly triple its store count in 2022. The move, says the CEO, was a long time coming.

“Retail is not just a community engagement space. It’s a way for you to manifest your brand and grow your business," said its co-founder and CEO, Noura Sakkijha. "Opening new stores has an impact on our growth in the cities that we open — if it weren’t for the pandemic, we would have a lot more stores by now.”

The report added that most of these new openings would be focused on the U.S. and Canada. The U.K. will serve as a second location.

The brand has already opened a new store in Venice, Calif.

Previous article:
This Berkeley Jeweler Is a Favorite Among Rockstars